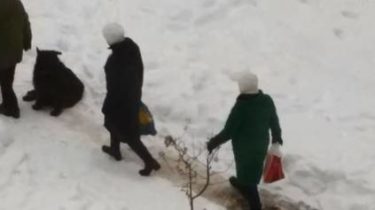 In the capital a group of young people or children tied a firework to the tail of the dog and lit it on fire. From the effects of the explosion, the animal died in great agony, according to a story TSN.19:30.

Dog named Buba lived in the market for a long time and was the darling of sellers. The dog is called smart and kind. “She’s at a pedestrian crossing crossed the road”, – eyewitnesses speak. On Bebo and talk to the meat Department and the grocery. “He was gullible – I can not tell you. Affectionate, arms was given. It scratched, it will come again, face into the knee to him again and stroked, scratched,” says one of the saleswomen.

In Kiev for the holidays entertained the company of teenagers. Dog Buba died in agony. The district Prosecutor’s office today released not only the animal, but also those who lived with Bubba at the door, demanding to punish the small sadists. 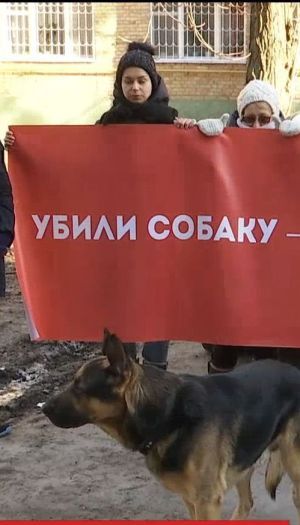 Buba believed that people are good, so do not run away from the company of teenagers who were lured its new year’s evening. “A group of teenagers strapped a firecracker to the tail of the dog and detonated the firecracker,” said animal rights activist Oksana Kostyukevich. From the pain the dog hid in the basement of the house. Rescuers who arrived to get it, was shocked by what they saw. “There’s just a gut sticking out,” says one of them.

This case has angered not only animal welfare activists but also ordinary residents of the area. They are appalled by the cruelty of Teens, therefore, came to the rally under the Prosecutor’s office. “I don’t know why the dog was on the street, but she was not lonely, talked to her,” says Ruslan land. “She at the same time avoided certain trajectories. There were people that she came, she traded books with one man,” – said Elena Garashchenko.

Dog owners say that dreaded new year holidays because of firecrackers in the hands of children annually become dangerous toy. “We went out, and the kids, well, they don’t understand they just under paws dogs throw those firecrackers. It is entertainment,” says one of the owners of the dog Yulia Zhavoronkova. “Perhaps, involved the son of one of the officials of the district administration. I can’t mention no names – it guesses local girls who live in the area and know these kids,” says animal rights activist Oksana Kostyukevich. Prosecutors Sviatoshynsky district Vasily Yaroshovets invited activists to himself, listened and promised to respond. People hope that public attention will not allow to lower business on brakes. The law for animal cruelty may lead to the young sadists to eight years in prison.