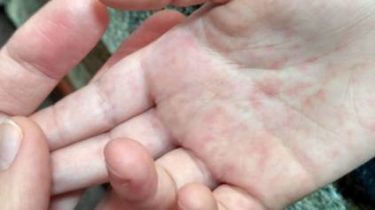 In the capital stepped up security measures due to the outbreak of measles, so now unvaccinated children during the month will not be spent on teaching. Meanwhile, the work of the offices of the vaccination will be extended even on weekends, according to a story TSN.19:30.

Mothers of children who have already had measles are complaining about the circus, where they could get because one of his employees was infected. However, the head of the main Department of Derepressible in the capital Oleg Ruban says that the fires are actually more. “Scandinavian gymnasium, a preschool – I’m not going to name him, and “kobza”. We can talk about all centralized events because 2018 is the year of increase in the incidence of measles throughout the country. And Kyiv is a megapolis, which is the first to react,” – said the expert. 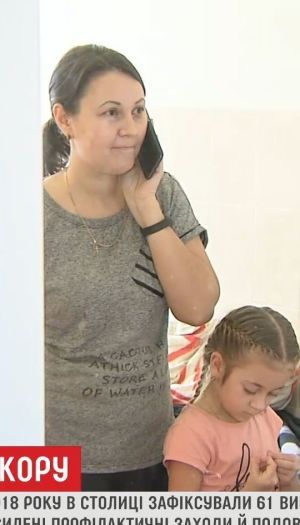 For the first ten days of the year counted 61 of the patient, while over the past eight dozen. The government is in no hurry to declare a quarantine, but decided to resort to severe prophylactic measures is banned on the training of children who did not vaccinate. However, infectious disease physicians are skeptical of such measures, since the reference cannot be guaranteed, because it is easy to buy, so the situation with measles actually remains on the conscience of parents who decide to vaccinate.

Doctors say that drugs to vaccines is, and the work of the offices of the vaccination will be extended to evenings and weekends for the convenience of parents. “Vaccination is possible up to 30 years and for 72 two hours. That is, if a person is sick, then within 72 hours you can be vaccinated,” explained the Director of the Department of health of Kyiv city state administration Valentina Ginzburg. That’s just to diagnose measles only after the onset of rash, and it happens usually on the third day. Until then, there are the usual symptoms of SARS. 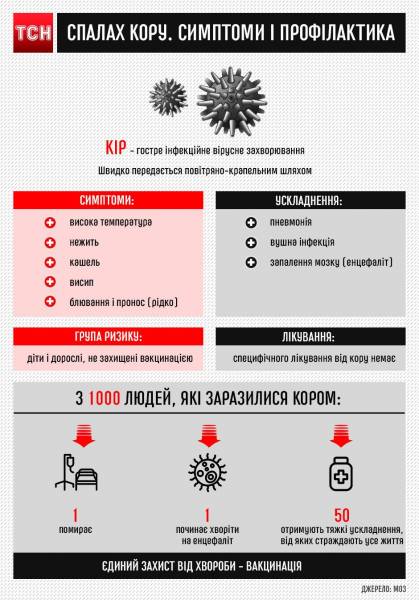