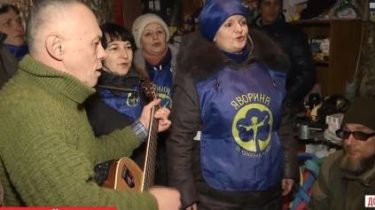 The end of the Christmas holidays in front was marked by the increasing power and number of enemy attacks on Ukrainian military positions. Despite this, volunteers continue to congratulate the soldiers even on the front lines of the ATO, according to a story TSN.19:30.

Caroling and Nativity action often occur to the accompaniment of gunfire. For example, in Old the town the enemy is not silenced even in the light of the day and uses the grenade launchers in order to keep the tension of the soldiers. Fighter “Santa” welcomes guests of Khmelnitsky region, which also used to danger and not afraid to bring Christmas carols to the defenders of Avdiivka industrial area. “Everyone has their own front, in women it is – to love, cherish,” says one of koljadnyc Tatiana Bondarchuk, the wife of the Hero of the Heavenly Hundreds. Her husband was shot on Instytutska 20 February 2014, and since the beginning of the war, she goes to the front and takes with him everywhere a favorite photo. “I just like food, take him to the ATO zone, he protects me,” says Tatiana.

Videodomofony Avdiyivka celebrate the holidays to the sound of shots

The closer you approach the end of the Christmas festivities, the more the enemy. Today at the industrial zone shot by day, but fire across the front line does not interfere with the volunteers to welcome the soldiers. 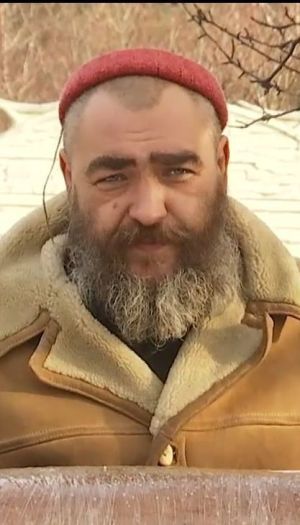 Known in Khmelnytsky bard Igor White performs songs about their everyday concerns – about the so-called truce and the Russian “brotherly people” who went to war on Ukrainian soil. These songs, among others, listening to the Belarusian with the call sign “Hans”. He’s still at home wanted to join the battalion “Donbass”, and then had a long conversation in the KGB, and eventually was forced to leave his native country. On his shoulders he pulled dozens of wounded Ukrainian soldiers and hauled a lot of building materials and dug a lot of trenches. “Working with a shovel well. Apparently, it’s from of potatoes in Belarus,” he jokes. Home “Hans” was not for two years, but Ukrainian citizenship does not dream, and wants to return to his native land – even if it also will have to serve in prison. “Well, if three years, it is possible,” he says.

The parade of Zvezdara and record a flash mob of Christmas carols: the Ukrainians the second day walk Christmas

But the sister has no plans to let the Belarusian, Ukrainian and teach its traditions. One of these lessons falls on a holiday of the new year according to the Julian calendar. “We will train our schedrivkas and tasialuk, is the ratio of Belarusian and Ukrainian traditions,” say the defenders of the Town.