Controlled by the former shareholder of the bankrupt “VAB Bank”, the company took credits for more than UAH 2 billion 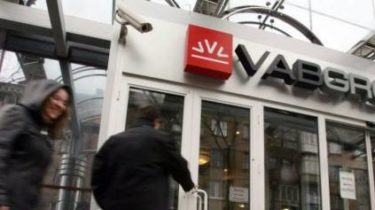 More than 2 billion UAH of credits “VAB Bank” (VAB Bank) owe the company that controlled by and affiliated with the minority shareholder and former President of the Bank Sergey Maksimov.

It is reported by the Deposit guarantee Fund of individuals.

“We are talking about more than 25 loan agreements that were concluded during the 2004-2009. In the mortgage Bank, was mainly transferred to low-liquidity collateral – property rights to cash products. The last payment to the account maintenance of such loans was carried out five years ago, and the lion’s share has not been serviced for more than eight years”, – stated in the message of the DGF.

The majority of borrowers-legal entities started the procedure of bankruptcy, and some of them have already been eliminated.

“Mostly the initiators of the bankruptcy act and other related Maximov face. Thus, debtors are trying by any means to avoid the fulfilment of obligations under the loan agreements,” – noted in the Fund.

This case was investigated by the Main investigation Department of MIA of Ukraine. Maximov, who is a citizen of Russia and Israel, announced on suspicion of committing a number of grave crimes.

“The pretrial investigation established that the ex-President of the Bank acting in collusion with other persons, seized cash, “VAB Bank” in especially large sizes, through the issuance of fictitious loans in their enterprise. Funds received in the result of a number of fictitious operations, were transferred to other affiliated companies and accumulated on personal accounts of S. Maximov, controlled persons”, – specified in the DGF.

The court chose to Wed a measure of restraint in form of detention. However, his whereabouts have not been established and Maximov announced in the international search.

And in early 2017 criminal proceedings on suspicion of Maksimova in embezzlement of Bank funds was generally closed. “VAB Bank” which is in production has the status of the victim, did not agree with this decision. Therefore, on the complaint of the authorized person of the Fund of an illegal decision of the investigator and the Prosecutor was overruled by the court. Now the investigation resumed.

Recall that in 2011 “VAB Bank” bought Ukrainian businessman Oleg bakhmatyuk. 20 November 2014 the management Board of the NBU adopted the resolution on the attribution of PJSC “VAB Bank” insolvent, and March 19, 2015 – revocation of the banking license and liquidate the Bank.

The court ordered the Executive office to arrest all the property of the Bakhmatyuk, and then against the owner of the failed Bank opened criminal proceedings.

The Chairman of the NBU Valery Gontareva assured that global problems Bakhmatyuk made by myself, not bought, as he says, already a problem “VAB Bank”.

“When he bought the VAB in 2011, for the period from 2011 to 2013, the Deposit portfolio of the Bank increased by UAH 11.4 billion. All money received from the public, invested in related companies. The loan portfolio over this time increased by 13.4 billion. That is, he bought a small Bank that made it big, and money invested in your business”, – said Gontareva.