Almost 5 million visitors and 200 tons of drinking mulled wine: the organizers sum up the Christmas town in the center of Kiev 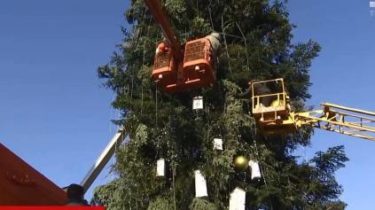 With the Sofia area is rapidly disappearing festive atmosphere. On Monday there began to dismantle the Christmas tree, says the story TSN.19:30.

The dismantling took place on three huge paddle, one of which helped to remove jewelry and 50 of the thousands of lights that adorned the tree. The very same needles directly into the area on Tuesday will turn into mulch for the city parks.

Just as quickly disappears Christmas fair, where the fire in the grill now you can find how to heat those who protects property. Managers of the amusement Park say that the guests of the holiday camp in the center of Kiev drank 200 tons of mulled wine, and all of the festive event was visited by 4.7 million people. But simple merchants doubt record levels. “I’ve been here for three years. Compared to last year exactly half of the people,” says Michael Bucy.

The tree took apart this morning and after a few hours she was reminded of the main Christmas tree of the country. Just as quickly vanished Christmas fair. Dealers product say that this year people at the festival was almost halved, and therefore less profit. But the managers of the amusement Park at St. Michael are satisfied with the current business. 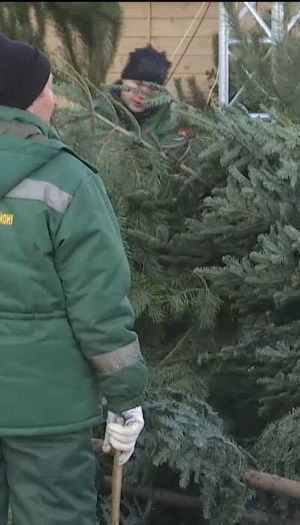