Russia has violated the Budapest Memorandum on Ukraine – Lavrov 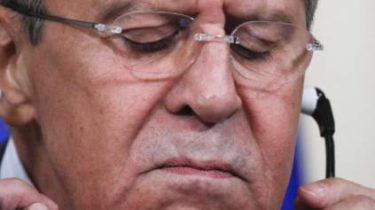 The Minister of foreign Affairs of Russia Sergey Lavrov said that his country had not violated the Budapest Memorandum, which guaranteed Ukraine’s security in exchange for giving up its nuclear Arsenal. The diplomat assured that the provisions of this agreement are met, says the story TSN.19:30.

Lavrov said that Moscow had not mobilized against Kiev of its nuclear weapons, so to blame the Kremlin. “Russia, the US and Britain promised not to use against Ukraine’s nuclear weapons. I remind you that Russia was never used and not threatened with nuclear weapons to Ukraine, therefore, no violation of the Budapest Memorandum did not take place”, – said the head of the Russian foreign Ministry.

Videosurgery Lavrov said on the RF compliance of the Budapest Memorandum

The Russian foreign Minister said that his country had not violated the Memorandum, which guaranteed Ukraine’s security in exchange for giving up its nuclear Arsenal. They say that their nuclear weapons Moscow against Kiev and did not use, so the transaction is complied with. Though not mentioned about other items on the prevention of armed conflict. 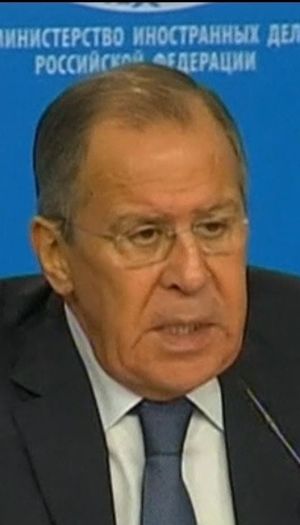 However, Lavrov did not mention about the other points of the Memorandum, which referred to preventing any armed conflict between the signatory countries, as well as refraining from economic pressure and to respect the borders of Ukraine.

Earlier, Lavrov said that the West does the conflict in Ukraine artificially “bigger than he deserves.” “I think this approach is wrong – totally politicized. If departed from this prism through which trying to consider the Ukrainian crisis as a confrontation between “authoritarian Russia” and “liberal West”, and concentrated on that recorded in the Minsk agreements – everything is very clear and very clearly written and ambiguous interpretation is not subject, then the crisis would have been long ago settled, so that it would mean the rejection of ideological interpretation as such that is of global importance between Russia and the West,” said the Minister, adding the West then be moved away from the “mindless and unquestioning” support of Ukraine.