The militants within the hour provocative fired at the Ukrainian fighters. Chronicle of the ATO 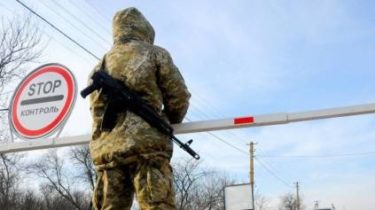 During the 17 January in the area of ATO in the Donbas the militants three times shelled the positions of Ukrainian army. Information about the dead and wounded during attacks there.

“The situation in the ATO area remains unchanged. The Russian occupation troops in some parts of the contact line continue to violate the truce. Since the beginning of days recorded three of the shelling of positions of Armed forces of Ukraine”, – stated in the summary of the press center of staff ATO.

All attacks were in Donetsk direction.

“The enemy fired 82-mm mortars, heavy machine guns and small arms of the defenders of the Sands. Mortars of the same caliber fighters fired at strong points around Verhnetoretskogo. Also, for an hour, the enemy rocket-propelled grenades and small arms, provoked our soldiers to military confrontation in the area Novotroitsk. Ukrainian soldiers on the enemy’s provocation did not succumb and return fire was not opened”, – stated in the message.

We will remind, today in the zone ATO was blown up vehicle with Ukrainian soldiers killed two, wounded five.