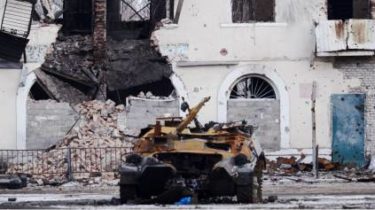 Three soldiers killed in the Donbas, five more were injured over the past day.

“As a result of enemy attacks, unfortunately, killing one soldier. Also sad to report that, over the past day, during a combat mission as a result of blasting equipment on a mine injury incompatible with life were received by two of our soldiers. Another five soldiers received combat injuries”, – stated in the message.

Posted by the Press center of staff ATO on Wednesday, January 17, 2018

Fighters from mortars 120 caliber fired at positions of armed forces near the village of the Luhansk on the arc Svetlodarsk. The same mortars hit the outskirts of Avdeevka. Also from the occupied Donetsk beat on the Sand and Verhneuralskogo.

Earlier it was reported that the Ukrainian army is free will receive from the US Javelin anti-tank systems, as well as other defensive weapons at $ 350 million.