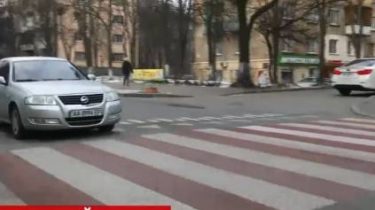 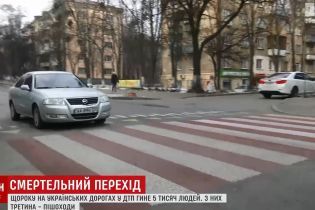 On the Ukrainian roads in traffic accidents annually killed 5 thousand people, a third of which are pedestrians. Experts complain about the improper arrangement of pedestrian crossings, which causes deaths and injuries, according to a story TSN.19:30.

The focus of Kiev in January was the transition on the Boulevard Vaclav Havel, where the new year holidays the driver did not notice the two girls, with the result that they ended up in the hospital. There died a woman who was crossing the road on Zebra – the driver has not time to slow down. International auditor at road safety Alexander Kryzhanovsky inspected the crossing and came to the conclusion that he is in an awkward place. “Here to light the crossing,” he said.

On the roads in traffic accidents annually killed 5 thousand people. One third were pedestrians. Besides, half of fatal accidents occur on pedestrian crossings. Among the reasons experts call the wrong organisation. Only in the capital threat of Zebra over a hundred. How many of them are in Ukraine – no one counted. 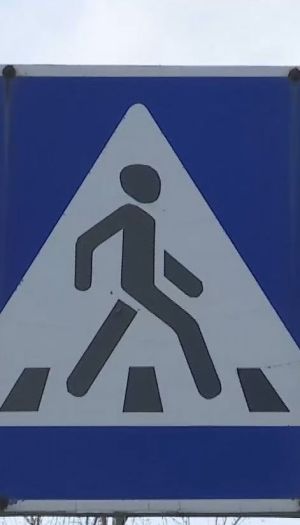 “Kyyivdorservis”, which should equip the intersection, say that watching the situation and trying to stop racers drivers. “Our driver can only stop the speed bump. Now on the roads, at the front” – recognizes the Director of the municipal enterprise Viktor Chernov. According to him, last year in the capital put 40 such barriers and set the same number of traffic lights, and decided to adopt European experience and build increased by 10 cm pedestrian crossings, which require lower speed, but not so dangerous for the suspension of the car.

Road builders experimenting with lighting – pilot projects in Kyiv and the Dnieper proves that LED-traffic lights and crossings reduce accidents in these areas at times. “This year it is planned to technically improve about 200 pedestrian crossings of the state value, excluding local and city where this work is being conducted”, – said the representative of the Ministry of Infrastructure of Ukraine Victor Zagreb. In General, improving the safety of Ukrainian roads in 2018 will spend 1.5 billion hryvnia.