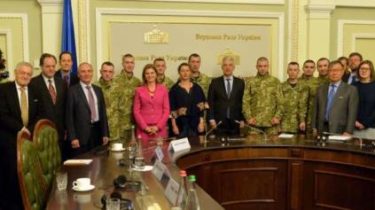 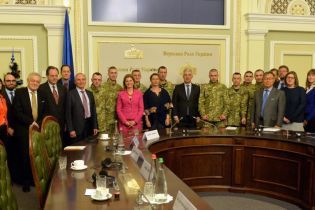 The freed hostages of terrorists “DNR” and “LNR” has met with ambassadors and representatives of embassies of EU countries and the “Big seven”. As informed the Deputy Chairman of the Verkhovna Rada of Ukraine Irina Gerashchenko, the meeting was also attended by the Minister of justice of Slovenia, Goran Klemenčič.

Kiev and ORDO will exchange new lists for exchange of prisoners

“I am very grateful that the guys from the first days of freedom actively involved in our joint now work to free those who remain in ORDA and Russian prisons. It is important that our European, American, Western colleagues can now hear information about the torture, abuse, forced labour, flagrant violation of human rights in the occupied territories first hand! To see the eyes of the boys, who for three years was in the dungeons, who were forced to clear the debris of the WCT and the pull of our dead who are not allowed to write to the families and talking with wives and mothers on the phone, to hear them,” said Hermance on its own page on the social network Facebook.

According to her, the former captives of the terrorists and thanked for their assistance in the liberation of the countries of the West, in particular, the participants of the “Normandy format”. The Ukrainians that came out of the dungeons of the occupied areas of Donbass, is now asking to continue the recovery process sister who are still in captivity. “Called for tougher sanctions against Russia until full implementation of the Minsk agreements. The guys are very worried – they also need psychological rehabilitation after the experienced torture, but they do everything to get your sister” – said Vice-speaker of the Parliament.

The Ukrainian delegation will travel to Minsk with the new lists on the exchange. During a meeting in Minsk, negotiators must exchange lists of individuals they want to regain. After that, negotiations can begin and on the next step of the exchange. 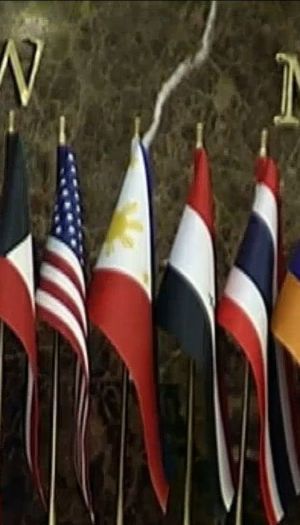