In the Sophia of Kyiv announced a sensational discovery, to say nothing of Hetman Mazepa 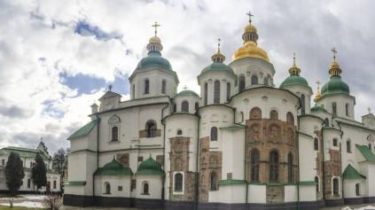 In the Sophia of Kiev were found unique frescoes of the XVIII-XIX centuries.

According to her, to information managed by archives, which maintains data on the performed restoration works. It is known that after the invasion of the Mongol Horde in Kievan Rus and the decline of the state Church was not engaged in almost 600 years. The restoration started at the time of Metropolitan Peter Mogila in the first half of the XVII century. During the reign of Hetman Ivan Mazepa the temple was thoroughly reconstructed with the then tradition. Then the old frescoes were not destroyed and left under a thick ball of paint. 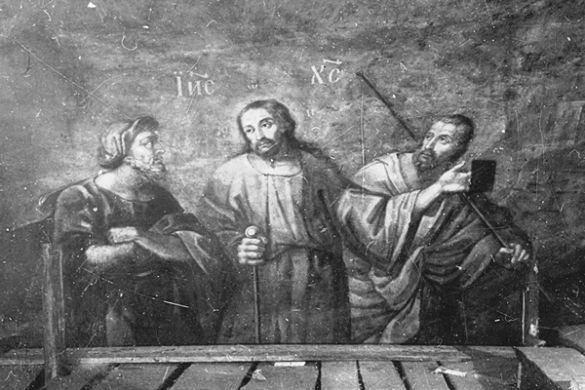 However, in 1843 he became aware of the fact that Sophia saved the old painting. Then Emperor Nicholas I ordered to return everything as it was before. But the clergy were concerned that the characters in the frescoes bless with two fingers, not three, as was the custom after the Church reforms of the mid-seventeenth century.

Excavations at the Postal square: Commission of the Kyiv city Council supported the creation of a Museum instead of a Mall

In Soviet times it was decided to paint murals. Then it was thought that valuable are only those works which belong to the XI century.

Painting tried to defend one of the Soviet restorers. “It so happened that now the song under the arches of the Cathedral, which shows 35 of the 70 apostles, one of the characters has a portrait likeness with this restorer. In the records of the mid 1950-ies there is a photo of the composition with the apostles before and after restoration. I noticed that there originally was a picture of a lean old man with long grey hair, appeared the face of a young man with chubby cheeks and slicked back hair (this hairstyle was fashionable in the 50-ies of the last century). Have a photo of the team who worked on the painting of the Cathedral. If you compare the face of an Apostle, of whom I said, one of the restorers in the picture, you will see that they are very similar,” – said Tamara Riasne. 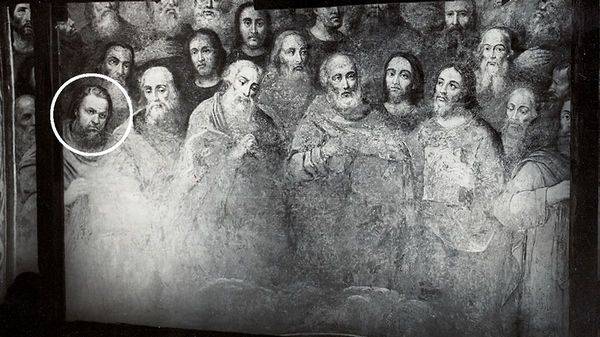 Facts
Depicted at 35 of the 70 apostles. The traced character, which is one of the Soviet restorers gave their facial features

So, on archival photos, you can find the mural, which depicts Biblia stories “the Way to Emmaus,” when the apostles Luke and Cleopas did not recognize the Christ who after the resurrection had joined him on the road to the city of Emmaus. Already in place during the supper, the apostles learned of Christ, He blessed and broke the bread. In this moment Christ became invisible to them. 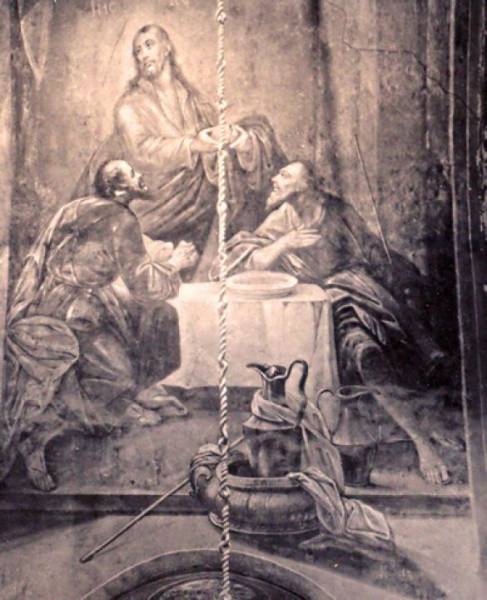 Facts
“Way to Emmaus”. Christ is on the road with the apostles Luke and Cleopas

Eerie find: Ivano-Frankivsk unearthed a mass grave of victims of the NKVD

“Both of these works the mid-NINETEENTH century are quite large – about 30 square meters each, said Riasne. – I should say that next to them (next to the iconostasis) is a cycle of frescoes about the events that occurred after the crucifixion and resurrection of Jesus.”

At the moment, experts know that it was painted on the arches of the temple. In particular, during the restoration of the 1950s on the arches was destroyed a very valuable inscription, probably made in the seventeenth century. “We learned that it existed, increasing one of the archival photographs taken in the 1930-ies. The inscription says that the Church began “statisa”, that is to be built, in 1011. This is incredibly important information. In the annals indicate two different dates of commencement of construction – 1017 and 1035. Nadezhda Nikitenko, who about forty years thoroughly explored the Cathedral of St. Sophia, came to the conclusion that it was founded early in 1011 Prince Vladimir, who baptized Rus. Graffiti discovered on the walls of the Cathedral Nadejda Nikolaevna and Deputy General Director of National reserve “Sophia of Kyiv”, doctor of historical Sciences Vyacheslav Kornienko confirmed this date”, – said head of the sector of the National reserve “Sophia of Kyiv”.

According to preliminary estimates, the chief restorer of the National reserve Sophia of Kyiv Anatoliy Ostapchuk, open murals will not be easy.