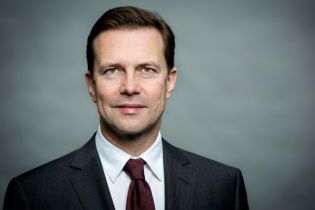 The German government will check whether the law on reintegration of Donbas the Minsk agreements.

This was announced by the speaker of the German Chancellor Steffen Seibert, reports DW.

The law was adopted by the Verkhovna Rada of Ukraine on Thursday, January 18.

About the upcoming test Seibert said on Friday, January 19, during a press conference in Berlin and said that the Minsk agreement should remain unchanged .

According to Seibert, Minsk is “the framework that was established to find a peaceful solution (to the conflict in the East of Ukraine – Ed.) and which also involved the Federal government of Germany.”

Speaker Angela Merkel noted that the framework that recognized Ukraine should remain unchanged.

He stressed that the German government has not yet given a final assessment of the law adopted on the eve of the Ukrainian Parliament. However, Seibert noted that the context of the conflict in the Donbas is such that “Ukraine is the victim of aggression, which is supported by Russia”, which provides arms to the separatists and other support.

Recall that on Thursday, January 18, the Verkhovna Rada adopted a law on de-occupation of Donbass “On peculiarities of state policy on ensuring state sovereignty of Ukraine on the temporarily occupied territories in the Donetsk and Lugansk regions.” Before that, the deputies two days was considered about 600 edits to the document. It officially recognizes Russia as an aggressor.