In the Luhansk region sentenced six of traitors, among which the rebels and saboteurs 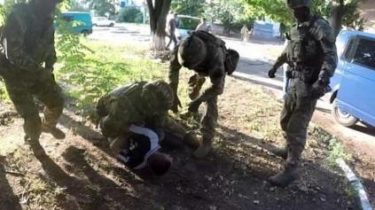 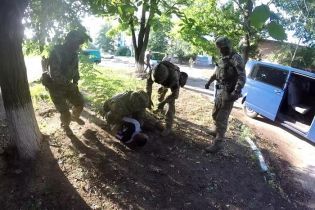 In Luhansk oblast thanks to the work of the security Service of Ukraine condemned the three militants, two commandos and one accomplice of terrorists on Donbass.

One of the militants, who had already three times had problems with the law, was sentenced to ten years imprisonment. It is known that he participated in combat operations in Donbass as a part of the terrorist group “the Ghost” and subsequently disappeared in Rubizhne, where he was detained.

A man of Golubovka, who fought in the terrorist “the second army corps of the LC” was sentenced to five years in prison. During the “service” against the militants, he performed duty at checkpoints. Employees of SBU detained him while attempting to get into Ukrainian-controlled territory.

Also we are talking about the informant of terrorists, sentenced to three years and three months imprisonment.

“Employees of security service of Ukraine has established that the inhabitant of Pervomaisk who business regularly crossed the line of demarcation, collected data on a dislocation and movement of divisions of forces of anti-terrorist operation. The information received, the offender was transferred to representatives of the so-called “MGB LNR”, – stated in the message.

Installed and the fact of trying to organize terrorist attacks in Lisichansk two saboteurs. Detainees waiting for two years of imprisonment.

We are talking about the condemnation of the “employee of the MGB LNR” detained in June 2016.

In Odessa region exposed the agitator, which was popularized by terrorists in the Donbas

“The decision of the court of the representative of the terrorist group “interior Ministry LNR”, who was detained by the SBU in the beginning of June 2016, was sentenced to two years and five months in prison,” – said in the SBU.

We will remind, frontier guards detained in the Kharkiv region to the citizen of the Russian Federation, which illegally crossed the border and applied for refugee status.