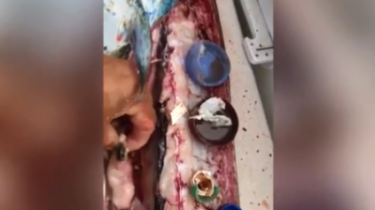 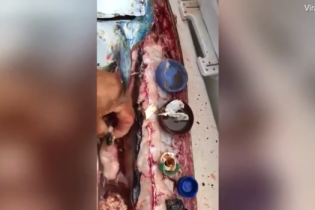 Off the coast of Costa Rica fisherman found in the stomach of the fish he caught Mahi Mahi comb for hair, caps from plastic bottles and a lighter.

After the fisherman caught the fish and brought it aboard his ship, and he suspected from her appearance, that is not okay. Then the man sliced her belly and stomach and was shocked at what he saw. He pulled out of the Mahi-Mahi a comb, a lighter, lids from bottles, pieces of plastic and other items that pollute the ocean.

Experts say that fish is often confused pieces of plastic with food, so swallow them. This causes problems in the body of it’s inhabitants, disease and even death.

“Plastic doesn’t melt and can block their intestinal tract, and then they are unable to eat and starving, resulting in dying,” the scientist said Eric Ross.

Fishing in Costa Rica is one of the most popular activities and earnings. Representatives of this sector is increasingly concerned about the level of pollution in the ocean.