The launch of the electronic ticket in the framework of the Kyiv Smart City will take place until mid-2018. This was stated by the mayor of the capital Vitaly Klitschko on the sidelines of the “Ukrainian house” in Davos.

According to the mayor, the ticket for all types of ground transport of Kyiv will be implemented after we completed the installation of the necessary equipment for its operation. It is in the KSCA promised to do by the end of March this year.

In Kiev will limit the traffic of the three bridges

As reported in “Ukrainian house” in Davos, organized during the world economic forum under the slogan “Ukraine: Creativity. Innovation. Opportunities” and aims to become a dynamic discussion hub. On the contrary it has the same “home” of the Russian Federation, and the resettlement, according to organizers, took less than a million dollars.

The Swiss ski resort has barely recovered from the abnormal snowfall, as the change of the winter suddenly spring has arrived. The next test for the little Alpine town – invasion world leaders. Today starts the world economic forum. 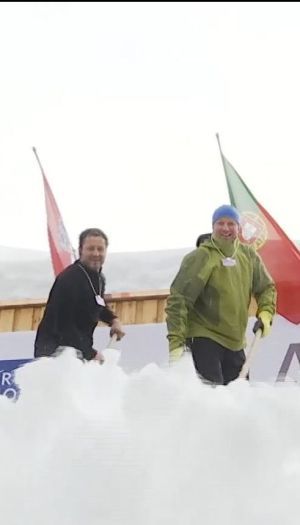