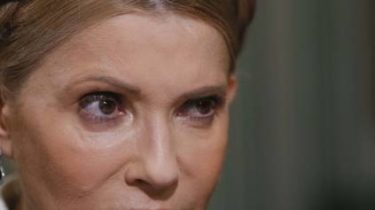 The new Central electoral Commission may by two-thirds consist of representatives of the bloc of Petro Poroshenko and “popular front” because the President proposes the Verkhovna Rada to approve a list of 14 new members of the CEC, who will replace those who have already long expired term of office. Thus, the coalition of these two political forces will have a decisive majority in the CEC, says the story TSN.19:30.

If Parliament approves the list, it is only one vote in the CEC will receive the representatives of “Samopomich”, “Radical party”, group, “Revival” and “will of the people”, but “Fatherland” none of the seats in the CEC will not receive. This angered the leader of the party Yulia Tymoshenko. “I appeal to the President to immediately correct this error, or rather deliberate violation of the law. And to make room the candidate from the party “Batkivshchyna” in the CEC, because it’s not just the candidate from the party “Batkivshchyna”, this is the answer to the question our democratic President or not, whether he is ready to hold fair elections or not,” – said the Deputy.

It became known, heads of the CEC is ohendovsky

As reported before, the press service of the President published a list of the names of persons who might get into the new composition of the CEC. It balalaeva Alla Valentinovna (“Revival”), Bernatsky (before marriage Sevastyanov) N. I. (“national front), Verbensky Michael G. (“BPP”), Efremova, Irina (people’s front), Zheltova O. M. (“BPP”), Kustova Svetlana Nikolaevna (“BPP”), Lotyuk Olga Stepanovna (“BPP”), Plucker Vitaly Vladimirovich (“BPP”), Radchenko, Evgeny (“Self”), Tit Hope Lubomirova, Slipachuk, Tatyana Vladimirovna (“will of the people”), Shipilov Leontiy Nikolaevich (people’s front), yuzkov it is Tatiana L. (Radical party of Oleg Lyashko). Sources name two candidates for the post of head of the Commission is Olga Zheltova or Svetlana Kustova. Deputy Chairman of the CEC may become Natalia Bernatsky (Sevastyanov) from the “popular front”.

Videomovie the Central election Commission, two-thirds will consist of representatives of the PPO and “popular front”