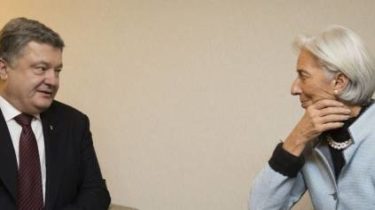 Wednesday, January 24, President of Ukraine met with the Director of the International monetary Fund , Christine Lagarde. Behind closed doors, they discussed further cooperation and the conditions under which Kiev will receive the next tranche of the loan.

Is there life without IMF loans. Danyluk announced a possible access to international capital markets

After negotiations went to the press smiling and assured that he will continue to cooperate.

“The meeting with President Poroshenko and members of his team were very efficient and pleasant. It gave us a chance to discuss all the measures which have been embodied, and we hope that our discussion will facilitate the introduction of other measures about which we spoke. We talked about the fact that Ukraine will appoint a new Chairman of the national Bank “, – said Lagarde.

“We had a constructive and open meeting and discussed all open issues of cooperation between Ukraine and the IMF. Ukraine reaffirms its readiness to continue fruitful cooperation with the International monetary Fund as an important factor in strengthening macroeconomic stability and the indicator of confidence in domestic reform,” – said Poroshenko.

He recalled the reforms implemented.

“Over the past year we’ve implemented a lot of reforms. And we continue to implement them effectively, and to cooperate with the IMF in all areas. And I thank you for the great support. My message to Ukrainians: it is very important to operate in 2018, because it shows that we believe that we trust not only in the financial sense, with the international banks, with the European Union. And it shows that they trust us to invest. They believe that we will have a good future. This is a very strong message to our support” – said the President of Ukraine.

Earlier , the national Bank reported that in 2018 it expects to receive two tranches of the IMF totaling 3-3. 5 billion dollars.

This is one of the key meetings of this forum. At stake is the next tranche from the IMF and the continuation of Ukraine’s cooperation with this financial institution. The President has also scheduled meetings with colleagues, in particular with the American leader, investors and international lenders. 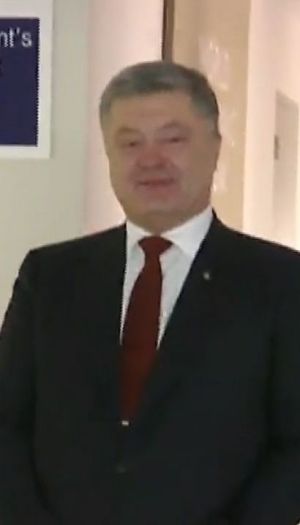