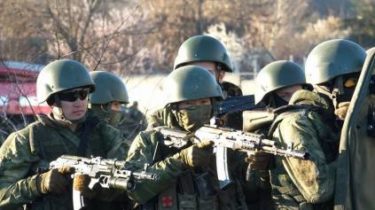 The parliamentary Assembly of the Council of Europe adopted a resolutionwhich calls on Russia to stop military aggression against Ukraine and to stop supporting armed militants in the Donbas.

The document was supported by 56 members, 10 abstained against did not vote no, UNIAN reports. 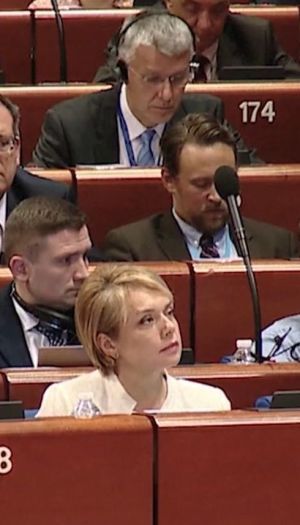 “The Assembly urges the Russian authorities to suspend all financial and military support to illegal armed groups in Donetsk and Lugansk regions, to cease to recognize their passports and other documents, including court decisions and documents that confirm the right to property, issued on the territory controlled by illegal armed groups in Luhansk and Donetsk regions”, – said in a resolution entitled “the human consequences of the war in Ukraine”.

PACE urged Russia to ensure respect for the human rights and safety of all people who live on the territory of annexed Crimea. Also from Moscow is required to stop the policy of moving its own population into the territory of Crimea.

The resolution calls on Russian authorities to release all Ukrainian hostages held in Russia and annexed Crimea, and also to use his influence on militants in the Donbass, so they freed all the detainees.

The representative of Ukraine to PACE Irina Gerashchenko noted that the resolution mentioned for the first time voted on last week by the Verkhovna Rada law on reintegration, which States that the Donbas occupied by Russia and that Russia is aggressor country.

Gerashchenko also said that Russia urged to comply with all previous resolutions concerning the Donbas and Crimea.

The author of the resolution – Lithuanian MP Egidijus Vareikis. Before the debate and vote, he reported on the humanitarian situation in Ukraine. He noted that as a result of the war in Donbas and annexation of Crimea has killed more than 10 thousand people, injured 24 thousand. More than 4 million people in need of humanitarian assistance. More than 1.6 million people were internally displaced and nearly 500 thousand are seeking refuge in other countries.

Vareikis also said that the annexation of Crimea has affected the local population, in particular the beginning of a policy of discrimination against the Crimean Tatars, and stressed that under international humanitarian law such actions are a war crime, reports Hromadske.