Who can become new members of the CEC. 13 names of potential candidates 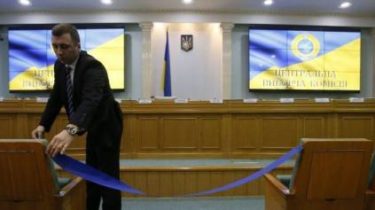 The list of potential future members of the Central election Commission, which the President of Ukraine Petro Poroshenko gave approval to the Verkhovna Rada, 13 names.

In particular, from the “block of Petro Poroshenko” – the five candidates from the “popular front” – three other parliamentary factions – one. Representative not only of the “Fatherland”. About it writes “Ukrainian truth” with reference to own sources.

The press service of the President published a list of 13 names:

The Bernatsky (before marriage Sevastyanov) Natalia I. (“people’s front),

Slipachuk, Tatyana Vladimirovna (“will of the people”),

Yuzkov it is Tatiana L. (Radical party of Oleg Lyashko).

Who will lead the CEC, is still unknown. Sources Dnia called the two candidates and the two from “BPP” – Olga Zheltova or Svetlana Kustova. Deputy Chairman of the CEC may become Natalia Bernatsky (Sevastyanov) from the “popular front”.

23 January 2018 President Petro Poroshenko has signed the submission on the appointment of new members of the Central election Commission.

The website of the President of Ukraine
,
Ukrainian Pravda