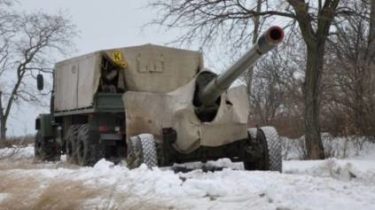 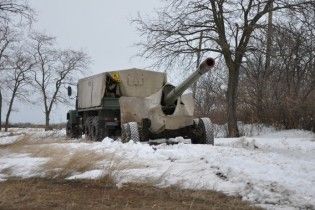 Occupants in the area of Gorlovka, despite the declared truce, randomly not hesitate to use artillery. But this does not go unpunished, because the soldiers of the battalion “Donbass-Ukraine” after the next enemy attack, noticed the truck and neatly worked on him, says the story TSN.19:30.

“From the quarry went three-car freight. It is evident that military. Our on the side of not – opened fire, burned one car with ammunition,” – said the fighter “Donbass” with the Callsign “Aver”. Later intelligence reported that the car was with the Russian military. “Were, according to intelligence that this artillery of the Russian Federation”, – said Aver. It was brought from Gorlovka, and the work of the Russians has been off target – Ukrainians became convinced that the proverb of mine, which does not fall twice in the same pit is wrong.

But not with impunity. Fighters of a battalion “Donbass-Ukraine” after the next enemy attack noticed “KrAZ” and accurately it worked. As it later turned out, the truck was just with the Russian gunners. 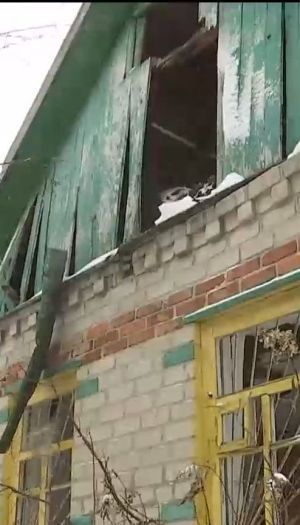 The rest of the war at the forefront of the “Donbass” goes its own rhythm. The Ukrainian military occupied dwellings, of which left a civilian and the enemy is trying to knock them out. “Podlatat, 70 meters was podrazil was an interesting guy. Drove it,” says a military pseudo “Tour”. In frost and cold, chapped and tired faces, the military quietly and without PR doing their job, although I understand that in the rear of to the war the relationship may be ambiguous. “Sometimes, something I did not send you there” – says one of the “Donbass”. But nevertheless, the soldiers are determined to continue to protect Ukraine from the aggression of the enemy.

Yesterday it was reported that in the village of Lobacheve military has to fight not only the saboteurs, but also with the smugglers. After tarcrete the river crossings into the occupied territory, local, involve their whole fleet.