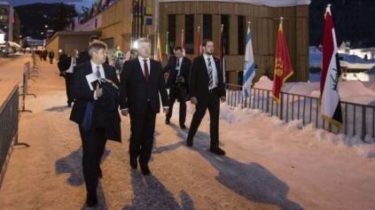 The state administration has paid the state aviation enterprise “Ukraine” of 1 651 314 hryvnia for the flights of Ukrainian delegation to Switzerland, where the world economic forum in Davos.

Provocation in Davos: a journalist in the embroidery asked in Russian Poroshenko about the “law of war”

This is evidenced by the data published on the Unified web portal on use of public funds.

Transfer of funds to balance the gap “Ukraine” occurred on 19 January 2018.

In the description of the transaction says the money spent on air of the Ukrainian delegation headed by Ukrainian President Petro Poroshenko – Kiev-Zurich-Kiev.

On the website of the President of Ukraine stated that during the period 24-26 January Poroshenko is on a working visit to Switzerland, where he participated in the annual meeting of the world economic forum in Davos.

In particular, on 25 January, he opened a “Ukrainian Breakfast” forum.

For comparison, the flights of the Ukrainian delegation together with the President to Portugal, which took place in December last year, cost the state budget 1 631 220 UAH.

Earlier, the Ukrainian media reported that in Davos Poroshenko plans to meet with the American President Donald trump.

At the world economic forum in Davos, it’s time for important negotiations. The President of Ukraine Petro Poroshenko met with head of the International monetary Fund Christine Lagarde. Negotiations promised to be difficult, given the recent criticism of the IMF in the direction of Kiev. 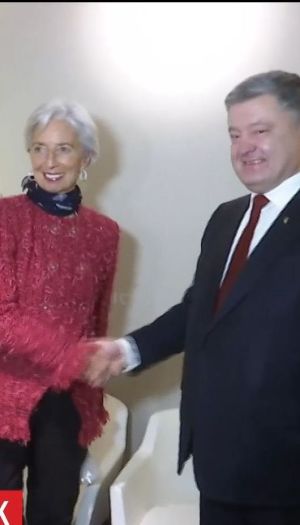