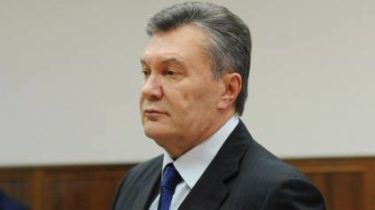 Main military Prosecutor’s office of Ukraine has received from the UN Secretariat a photocopy of the letter of former President Viktor Yanukovych to Russian President Vladimir Putin with a request to use Russian forces in Ukraine.

This was stated by the Prosecutor of the Chief military Prosecutor’s office Ruslan Kravchenko after the meeting, the Obolon district court of Kyiv on the case of Yanukovych, reports “Interfax-Ukraine”.

This sensational information was announced in the Obolon court during the questioning of two witnesses in case of treason Yanukovych. Deputy Chairman of the naval staff, Anatoly Burgomistrenko said that Russia has started to deploy special forces in the Crimea in January – before the bloody events on the Maidan. 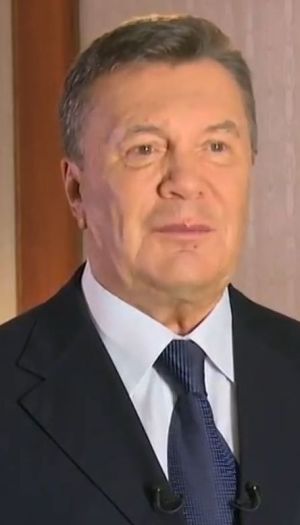 According to him, the investigators through the mission of Ukraine to the UN has received photocopies of the appeal of the former permanent representative of Russia to the UN Vitaly Churkin on the recognition of official document letter of Yanukovych to Russian President, as well as a photocopy of the letter of Yanukovych. The document attached to the materials of the criminal proceedings.

Pilots without chevrons, helicopters without numbers: witness the flight of Yanukovych revealed in court the way of politics in Russia

According to Kravchenko, the defendant received four letters from the Ministry of foreign Affairs of Ukraine on the received data, photocopies of documents, which Churkin presented on 3 March 2014 and which have been recognized as official UN documents.

The first copy which was received by the investigation is the text of the letter from Yanukovich to Putin that the UN Secretariat has written to each member of the UN security Council and permanent representative of Ukraine to the UN.

Ruslan Kravchenko noted that the former permanent representative of Ukraine to the UN Yuriy Sergeyev then sent a request for clarification that Churkin has added to its appeal. “And Sergeyev received a photocopy of the appeal Churkin on the recognition of the letter Yanukovych’s official UN document,” – said the Prosecutor.

We will remind, in Russia disown the letters deprived the title of President of Ukraine Viktor Yanukovych with a request to use Russian forces in Ukraine. In Moscow reported that the administration of the President of the Russian Federation, nor the Federation Council had not received any letter of Yanukovych on the use of Russian troops on the territory of Ukraine. Also in the Prosecutor General’s office claim that any of the statements of Yanukovych was not the reason for the appeal of Russian President Vladimir Putin to the Federation Council for permission to use Russian troops in Ukraine.