Militants fired Avdiyivka and wounded a Ukrainian soldier. Chronicle of the ATO 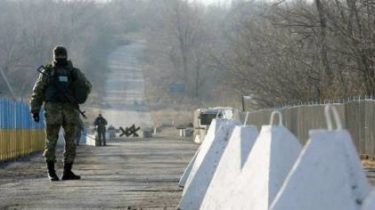 For 26 January in the area of ATO in the Donbas fighters once opened fire.

“Full compliance with the ceasefire and there is no further. Today the Russian militants occupying forces carried out 1 attack to the side of the Ukrainian defenders,” reads the summary of the press center of staff ATO.

The firing of small arms was in the direction of Donetsk, in the suburbs of Avdeevka.

“As a result of shelling wounded soldier of the Armed forces of Ukraine. It was immediately taken to the military medical institution, and now it turns out medical aid”, – stated in the message.