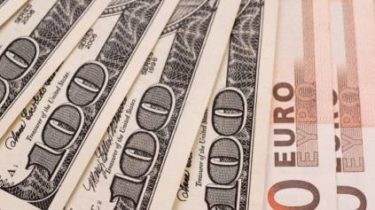 The national Bank of Ukraine made changes to the conditions of sale of foreign currency by the clients of banks on the interbank market. Now they will become easier. The changes will take effect from tomorrow, January 27.

First, clearly defined the client’s right to petition for the sale of foreign currency at any authorised Bank at its own discretion (regardless of whether the current foreign currency account opened in this Bank). This reports the press service of the regulator.

Secondly, the Bank said the timing of the sale of foreign currency customers. As before, the authorized Bank is obliged at the customer’s request to sell its own funds in foreign currency, not later than five banking days starting from the date of cancellation of these funds from the current account of the customer opened in the Bank. The NBU said that in case the funds are listed for sale by the client of another authorised Bank selling of the currency is made within five days from the date of crediting such funds to the correspondent account of the authorized Bank.

These are the latest steps on currency liberalization developed and implemented taking into account the proposals received from market participants and businesses. In the Bank claim that the business will be able to select the optimal selling rate. Also these changes will create proper conditions for the development of economic competition in the interbank currency market of Ukraine. At the same time, these steps will have a significant impact on the currency market, says the regulator.

Earlier the NBU claimed that control of the situation with the fall of the hryvnia and made predictions for the spring and summer.