Forum in Davos: Poroshenko showed the fight against corruption, and the President of the United States saw for the first time in 18 years 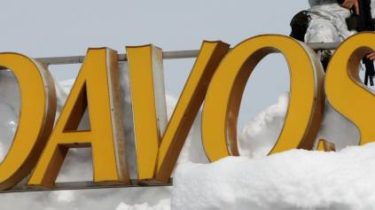 As reported in the story TSN.Week to live in the heart of Davos is not only extremely expensive. Find housing here in late January is almost impossible. During the forum, here you can find not only tourists but also Ministers, diplomats.

This year on the money sponsors first organized Ukrainian house – a special discussion platform and presented the Ukraine. Organizers say that by accident, but symbolically he was opposite the similar Russian companies.

Ukrainian house appeared on the site of the store of clothes and shoes: six months with the owner traded to a week, he lost the location on main street. According to the organizer of the Ukrainian house rental for a week cost about one million euros.

The President of Ukraine is settled 50 kilometres from Davos to the town of bad Ragaz is famous for its thermal springs. 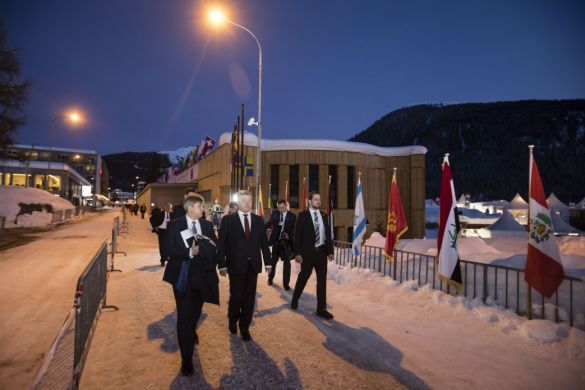 The forum has registered about three thousand participants, many of whom came by invitation, but there are willing to pay hundreds of thousands of Swiss francs for accreditation. This price for the opportunity to Shine among presidents, Prime Ministers, top businessmen and experts.

This time the participants actually exceeded all expectations. Germany, France, UK, America was represented at the highest level. Surprise of the year – Donald trump suddenly also accepted the invitation. First, American presidents for the past 18 years did not travel here. Secondly, climate change, human rights, civilization challenges and strategies is topics that trump focuses like a bull in a China shop. But he’s not worried about the stated topic of the debate: speech in the trademark style of the “America first” were distributed to the audience and felt like the coolest guy at the party.

However, Davos is not only talking about global, but also the opportunity to talk face to face.

The expected meeting with trump Poroshenko did not take place. But I had an hour the conversation of the Ukrainian President with the chief of American diplomacy Rex Tillerson in the course of which, says Poroshenko, agreed on the stages of cooperation in the military field. America promised Ukraine a defensive weapon, and his words not refuse.

“I’m just like you, are patriots of Ukraine, is not interested to reveal these stages. But I can say that as soon as he learned about the defensive weapons, radically changed the behavior of the Russian military and militants on the front line. They are already much more cautious approach to the demarcation line,” – said Poroshenko.

But a tranche from the International monetary Fund is not so optimistic: the IMF has a clear list of criteria that will mean that the money will be. Deputy Director of the Fund, David Lipton clearly outlined them: the anti-corruption court and the real fight against corruption, transparent privatization, and creation of land market. Finance Minister Alexander danyluk reported that all will have time until may.

IMF to hurry precisely nowhere. Christine Lagarde during the meeting was emphasized friendly and calm.

“The growth started, but it is very small and insufficient. Therefore, it is important to complete the work that needs to be done. And everyone knows that the glass is not only half full. He’s half empty,” – said the first Deputy Director of the IMF David Lipton.

Poroshenko did not lose any opportunity to assure you that he’s an ardent fighter against corruption in the country. The head of state generously distributed promises. Foreign guests in their speeches talked about the upcoming elections in Ukraine: the campaign will commence in the fall, and Poroshenko in their eyes is not just the President, but again, a potential presidential candidate.

“I have strong political will that was implemented that I have submitted to Parliament a proposal to establish an anti-corruption court. The political question is solved. Now we have to find the terms that do not contradict Ukrainian legislation and ensure the independence of anti – corruption authorities”, – said the President of Ukraine.

In the words of all looked rather optimistic. In the Ukrainian house presented the most famous job in the world Sofia. The TSN reporter asked, how she sees the fight against political corruption in Ukraine. In the end, the developers have positioned it as a carrier of artificial intelligence. But the miracle did not happen. Instead, Sophia took eyes and sheepishly smiled, and then all started to blink nervously.

Russian leaders, by the way, traditionally, the forum is not present. But the Kremlin’s media was and worked in the mode of “provocation”. First, they are well aware where and when to meet the Ukrainian delegation. Second, ignoring the rules of the forum do not lose the ability to shout something in the direction of Poroshenko. This behaviour is rather aimed at the Russian consumer, and is perceived as marginalia. Former Polish President Aleksander Kwasniewski says even surprised at how variegated the EU internal contradictions and not without Russian influences. The current President of Poland, Andrzej Duda the question of a forum moderator, as he would in one sentence appealed to Putin, without hesitation blurted out: “Get out of Ukraine. Here is my message”.