In Zaitseve the frontline Ukrainian soldiers have become a human shield for the locals. From the occupied Horlivka in the village for four years spilling deadly iron, and almost every month in the village of one house becomes smaller, according to a story TSN.19:30.

Volunteer Lyudmila Pakhomova both running for village heads, and psychologist. It bypasses the village and looks to see if a new damage because of the attacks. “The evening out, look somewhere lit, anywhere. Morning run, because people have to help,” she says.

Our soldiers are human shields for the residents of the village of zaytsevo. With the occupied Horlivka on the frontline of the village and on the Ukrainian military for 4 years spilling deadly iron. Almost every month in the village of one house becomes smaller. Enemy projectiles spare neither brick nor human lives, the defenders and civilians, and snipers prevent the importation of products. 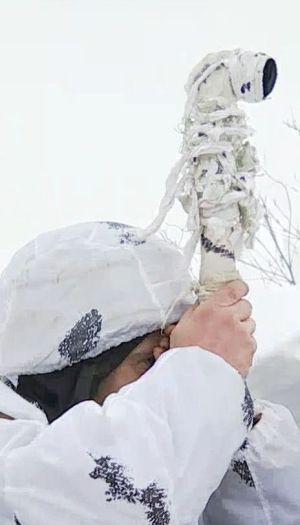 In this village there are almost no whole houses, and locals live in the summer kitchenettes, neighbors or just broken shells. Holes closed with cellophane, and the ceiling is covered with slate survived. People say they have no where to go and don’t want to leave their belongings in a lifetime property, because that stuff involves a lot of memories. Young people from Zaytsevy left was mostly seniors with a few dozen. “The inhabitants of the occupied Zaytsevy to come into the office to us and say: when will you be there to change the direction of Ukraine in this process was permanent, system and non-stop, without setbacks – and all will be well”, – said the head of the military-civil administration of the village of Zaitseve Vladimir Veselkin.

The main issue local residents are the foods that during the fighting in the village is not a ride, given the danger, because the road sweep the enemy from the dominating heights. The other day the enemy sniper was in periscope pipe of our troops followed the rebels. The soldiers say that on the opposite side of the snipers among a lot of women and call them “athletes”. The military recognizes that to be human shields is not easy. “Always scary. There is nothing that close to my heart does not perceive. Prayer is most salutary: our father never knew, learned,” – says one of the young fighters. His older sister Edward is already making plans for a peaceful life – in it sees her own restaurant, which will invite after the victory of his sister and prepare them have been branded trench dish. “Four to six cans of corned beef with 15 heads bow, and all this brotoseno is really a signature dish,” he laughs.