Experts told when and how can rise of sugar 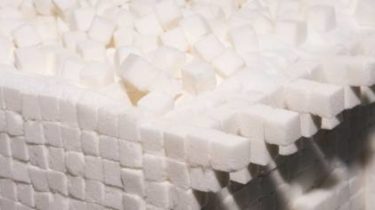 In Ukraine after the growth of prices for vegetables from the traditional set actively talking about the rise in price of sugar.

Media reported that in February the price of sugar could rise by 20%. At the same time in the wholesale markets it is sold cheaper than last year. Mainly go for 12-13 hryvnias for kilogram. In retail the numbers are somewhat higher. In supermarkets, the sugar cost a little more than 11 UAH, and UAH 12 now. In markets and small stores in weight sold at UAH 14, Packed – to 16 UAH.

The sellers say they now stir in no sugar. Buyers don’t even scare headlines on the Internet, prices will increase to 40%. Another reason is it’s not the season, the demand for sugar has in the summer, the conservation season.

Once again talking about a substantial increase in sugar prices has provoked a document on agricultural policy. The Agency proposed to increase the minimum price of sugar by almost 20%. According to the draft resolution, it is planned to increase the minimum prices for sugar beet until 753,04 UAH/ton (excluding VAT) on sugar by 19% or up to 10 907,61 thousand UAH/ton (without VAT).

Economists say that the increase in sugar prices by 20-30% in the near future will not. However, prices can crawl up by 5-7% in the spring due to the rise in price of sugar in foreign markets.

“The state, abandoning the regulation of prices of products has not abandoned the regulation of prices for alcohol, alcohol and sugar. The price of sugar in 2017 fell by 15%, or 2.2 UAH. Because of the growing illegal production. Therefore, when the state can create a market that it regulates. But in Ukraine, it is always in the favor of producers and lobbyists. From 1 September 2017 1 September 2018 the government has set the minimum wholesale price of sugar in 11 UAH per kilogram,” – said General Director of Ukrainian Association of trade networks suppliers Oleksiy Doroshenko.

He explained how the government must act when the regulation of prices.

“If the Cabinet really wants to avoid government regulation, he shall, at the example of the EU to conclude contracts with producers for the purchase of sugar. The manufacturer, in this case, is guaranteed to sell products at a price specified by the state. But if the market price will be higher for the state, he may sell sugar in the free market. Then the producers will have the same conditions with consumers. If competition or low demand will lead to lower prices on alcoholic drinks or sugar, then preference will be given to all citizens. And while the whole game is in gate to the consumer,” – said Doroshenko.

Earlier it was reported that in Ukraine, more expensive bread. Until the end of the year prices will grow by 7-8%. Such data are voiced in the Association “ukrhlebprom”. The experts added that the cost of the main product of Ukrainians depends on the cost of flour, which had risen by the end of 2017, as well as from energy and wages of bakers.