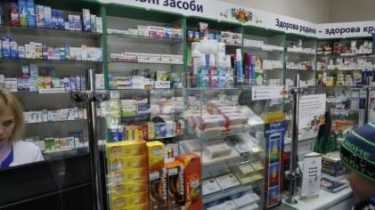 In last year drugs in Ukraine rose by 20%, and this year can add another 20-25% is because of currency fluctuations.

“In February, the expected increase in the cost of medicines is 3-5%, because the suppliers deliver the new batch of goods at a higher rate,” – said the General Director of KP “pharmacy” Ruslan Light.

“This was 7% higher, so it’s worth in the coming months, expect a rise in price of medicines to 10%. Rise in the price of imported and domestic drugs, since their composition often includes components, that we have not produced, and acquired from abroad. The price increase percentage will be the same for all groups of medicines, but it also depends on pricing policies of pharmacy chains: cheaper and more competitive drugs will rise more unpopular – less,” says Pendzin.

“In February is expected to increase by at least 10-12% for antipyretic, analgesic, cough, cardiac medicines, dressings. The remains of an old price overestimate is unlikely to be too troublesome. How will change the prices further – to predict difficult, but every 10 cents in the price of the dollar is 5-6 cents in the price of each of the hryvnia, to pay the patient for medication,” says the Manager of one online pharmacies Catherine Mashchenko.

We remind you that in 2016, the Cabinet approved the list of 20 most essential for the treatment of drugs. Their prices vary depending on the regions within 10%: most expensive stands in the Carpathian region – 347 UAH, cheaper in Podolsk – 347 UAH as of January 2018. The average cost in Ukraine is 332 UAH per year per person. In 2017 this set of drugs was worth 277 UAH, that is has risen by 20%. 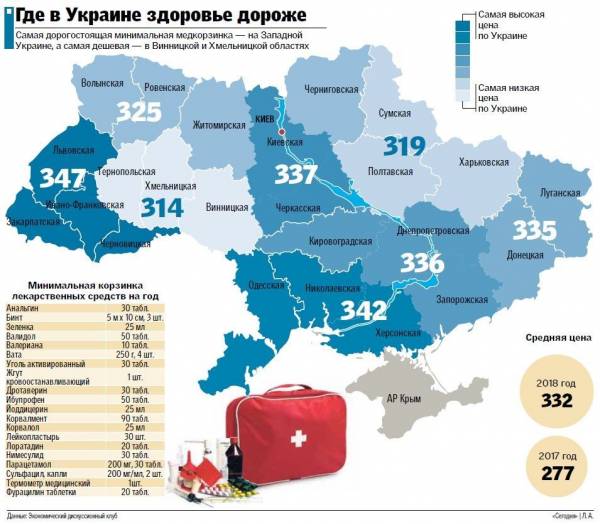 At the same time, according to state Statistics, pharmaceutical products and medical supplies (syringes, droppers, diapers, crutches and the like) rose in 2017 only 6.1%. Even if we assume that metavari is not expensive at all, and it is unlikely, and the increase in drug prices obtained by only 12%, not 20% as estimated in EDK.

It is easy to calculate that according to government plans, all Ukrainians had to spend last year on medications to UAH 14.5 bn a year. In fact, it turns out three times as much: according to experts, Pharmacy professional Association, for 2017 people have spent on pills more than 42 billion, or an average of 1 thousand UAH per year for each.

In Ukraine there is a program “Affordable drugs” – medicines to their patients free of charge, if available. At the end of 2017, the Ministry of health expanded the list of free drugs 199 drugs, or 42 more than before. This program is designed for hypertensive, diabetics and asthmatics.

The government also expanded the national list of essential medicines.