In Kiev in broad daylight, shot a man 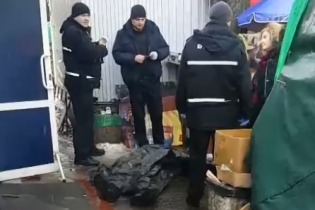 In the Shevchenko district of Kiev unknown shot to death man’s. Another wounded.

“At 12:12 on line 102 received information about the gunshot wound men outside the Camp in the Shevchenko district. The site is aimed outfits patrol police, investigative team chief and district police departments and employees of a service dog”, – stated in the message.

In Kharkov University of Air Forces was found shot cadet

Now militiamen establish all circumstances of incident. Involved in the murder of individuals now search.

According dtp.kiev.ua a man was shot in the room litoraneo institution, which, according to the journalist, the underground is a facility with slot machines. The unknown ran into the room and killed the man. After some time, the body was carried into the street.

We will remind, in Sumy region while hunting shot the Deputy Chairman Lebedinsky district state administration Ivan the Lung.