In Kiev, judged the kidnappers, who demanded $ 5 million in bitcoins over two citizens to Armenia 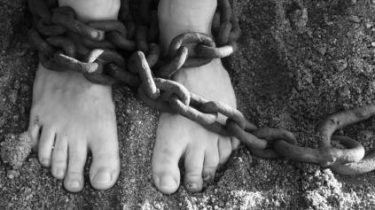 Five million dollars in bitcoins demanded the kidnappers two citizens of Armenia. Boys kidnapped in broad daylight in Kyiv and held hostage for 70 days. While one of them managed to escape.

On the dock in the Goloseevsky court 22-year-old Pauline salivon. Next to her roommate – a 41-year-old citizen of Russia Aslambek Musitov. They choose a measure of restraint. A couple suspected of kidnapping is up to 10 years behind bars, and the planning of new crimes.

“We found several folders of files, other people may have plans they had to commit such crimes,” – told in police.

In the center of Kiev known for stolen cars of the volunteer. Published the suspect’s photo

Their first victims were two citizens of Armenia. They were kidnapped in broad near the entrance of the house in the heart of the capital. It was cousins, the father of one of them – well-known Armenian businessman. The son and nephew he demanded 5 million dollars in bitcoins.

The kidnapped guys were looking for two months. Too late become aware that at first they were kept in the basement in one of the villages in the Kyiv region, and when cold, moved. Finding them was almost impossible.

In a house in the village Sofievskaya Borshchagovka near Kiev prisoners moved before the new year and almost a month held on the second floor until one of them failed to escape from handcuffs, to knock the glass, while he got seriously hurt, but still managed to climb over the fence and find help.

His brother leaped from the window did not. The one who had to guard the prisoners, when they realized that one was missing, he decided to escape. To go unnoticed here is easy, the house on the outskirts of the village. Around or construction, or high neighbor’s fences.

According to investigators, the house which held the captives, forged documents Pauline rented for 4 months for 80 thousand hryvnias is planned to extend the agreement. Who tipped off the attackers to the son of a businessman, is still unknown.

“They were not familiar, we establish who gave them information about the stolen guys, about the financial status of the family, why are they such a sum demanded,” the police added.

The second brother was released the same day. Now both hiding from journalists. They cooperate with the investigation, even though the criminals played safe and kept the prisoners in disguise.

Two detainees suspected of kidnapping brothers, detained in Sumy. They tried to escape in Russia. The next 2 months the pair will spend in jail. Their accomplices are still at large.