The Air force has created a new team 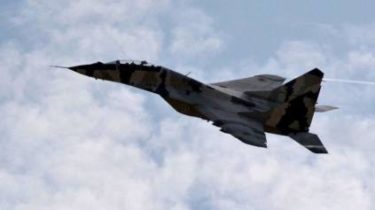 In 2018 in aviation Air Force was one brigade tactical aviations more: there was a rearrangement of one of the oldest aviation units fighter squadron of the village Ozerne, Zhytomyr region. It became a tactical aviation brigade.

In Kherson military staged the shooting of “Books”, C-300 and “the WASP”

This is stated in the message of command of Air forces of VSU.

“At the dawn of Ukraine’s independence, the regiment was on duty in the air defense system on the MiG-23MLD, soon its flight and technical staff had to be retrained on the MiG-29 and almost immediately — already on the su-27. The airport knew the bitter time when fuel for flights is not enough, and serviceable aeronautical engineering with a valid resource were very few. But now everything has changed. There is fuel to carry out activities of training of flight personnel, there are a sufficient number of serviceable aircraft, which is constantly replenished”, – stated in the message.

In the AIR FORCE FORMED a NEW BRIGADE in the past two years, the Air Force received more than six dozen…

Posted by command of the Air forces of Ukraine / Air Force Command of the UA Armed Forces on Monday, January 29, 2018

The team have already begun to form support and protection, preparing the material and technical base.

“The barracks and all other facilities after the reduction of the brigade in previous years were preserved and guarded. Therefore, there was not, as in some military camps, where former barracks gaping broken Windows and walls, protruding pipes from the broken radiators. All of the unit and is already preparing for the operation,” – said the military.