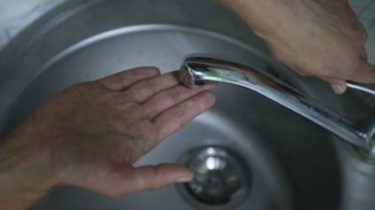 Of the occupied Lugansk and neighboring settlements suspended water because of the debts of the invaders.

About it the press service of the Luhansk energy Association announced on his page in Facebook.

“Today, January 30 at 11:08, Lugansk energy Association held the Peter de-energization of the pumping station (Peter intake), According to the utility, which provides water to residents in the uncontrolled territory of the Luhansk region, in particular, part of the semi-million city of Lugansk and some surrounding villages”, – stated in the message.

According to the Association, the cause of the blackout is the duty of the water utility, which as of January 30, approximately 173 million UAH.

“The debt was formed due to the debts of the Pro-Russian occupation authorities, for 90% of the water produced by the water utility, comes at an uncontrolled territory,” said the company.

In particular, in December 2017 water consumed electricity for 8 million 810 thousand UAH, and paid only 4 million.

At the same time States that the money in the “LC” for water going.

FOR the HUGE DEBTS of the de-ENERGIZED “PETROVKA”, WHICH PUMPS WATER TO LUGANSK Today, January 30 at 11:08, Lugansk energy…