Latvia has handed Ukraine a note for offshore list 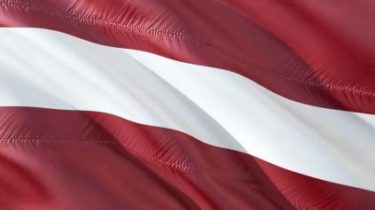 The Ministry of foreign Affairs of Latvia has handed over an official note from the chargé d’affaires of Ukraine Alice Podolyak because of the inclusion of the country in the list of offshore zones.

About it reports news Agency LETA.

“The inclusion of Latvia in the offshore list of Ukraine is a mistake,” – said the Agency.

According to the head of the Latvian foreign Ministry of Edgars Rinkēvičs, the situation because of wrong interpretation of the new tax law of Latvia, which stipulates a zero tax rate on reinvested profit. This system can be regarded as a tax-free, as in Latvia, for dividend taxes.

Earlier, Finance Minister Alexander danyluk said that the Ministry of Finance is considering the possibility of excluding Estonia and Latvia from the list.

Remind, representatives of the countries of the European Union decided to exclude eight offshore countries from the blacklist.” It is noted that from the list of “tax havens” may exclude Panama, UAE, South Korea, Barbados, Grenada, Macau, Mongolia and Tunisia, as they agreed to a change in its tax policy. We also considered the fate of Bahrain, but it has decided not to touch it.