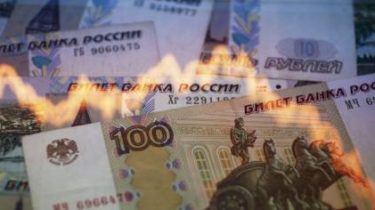 One day assets 96 the Russian oligarchs that were included in the “Kremlin report” USA and that can apply sanctions, fell to 1.06 billion dollars.

Experts say that the market responded on the list regarding positive, because the consequences could be even worse. RBC, which has estimated losses based on data from an online rating of Forbes, which are updated in real-time. 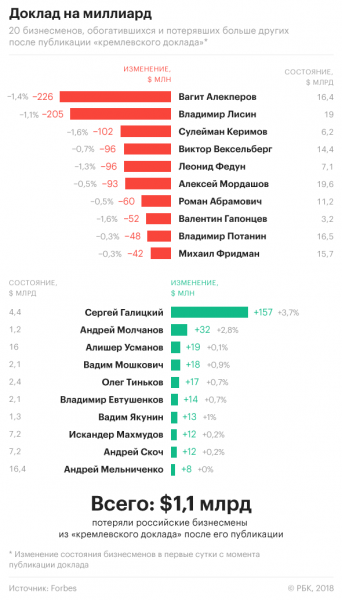 In percentage terms, Russia’s billionaires list of the U.S. “fell” by 0.3 percent, according to Forbes. Their combined wealth is now estimated at 420 billion dollars.

It is also noted that the index of the Moscow exchange (MICEX) decreased to 0.17% and the RTS index practically has not changed. The ruble to the end of the day symbolically weakened by 0.1%. But rose Russian Federal loan bonds.

We will remind, the list of Russian oligarchs who support Putin, prepared by the U.S. Treasury on the implementation of article 241 of the law CAATSA. The document coincided with last year’s rating of Russians-billionaires, Forbes. The market viewed the breadth of the list as a sign that the administration of Donald trump approached this issue formally, with no desire to impose additional sanctions against Russian business. However The US Treasury said that the list is simply a list of persons, not sanctions, even in potential. Treasury Secretary Steven Mnuchin said sanctions may be imposed under the classified section.