Shooting near “beresteyska”: a suspect in the murder of the guard has chosen the measure of restraint

In Kiev chose a measure of restraint the parties to the conflict with the shooting outside the Camp near the metro station “Beresteyskaya” when he was killed by one of the guards of the premises “Favorite sport”.

About it reported in a press-service of the Prosecutor of the capital.

“The Shevchenkovsky district court of Kiev satisfied the petition of Kiev Prosecutor’s office, local No. 10 and arrested 2 months two men detained on suspicion of involvement in the conflict with the shooting in “the national lottery” on the street of the Camp in Kyiv, which killed one person”, – is spoken in the message.

As noted in the court resolution, one of the suspects, who during the conflict had carried out a deadly shot at the security guard, was taken into custody without bail. His actions are qualified as murder.

One more participant of a bloody battle was charged with disorderly conduct, he can pay 120 thousand UAH of bail for release from custody.

Separately, the Prosecutor’s office assured that others involved in the events outside the Camp are set, the pretrial investigation is carried.

We will remind, unknown persons opened fire near the metro station “Beresteyskaya” in Kiev, having shot a man. Another man was wounded. As it turned out, the conflict arose at the national lottery between the two security structures.

Videogranny suffered during yesterday’s shooting in Kiev, are in stable condition

On the eve near the metro station Beresteyskaya armed conflict occurred between the guards of two private firms who are hired by the feuding owners of the premises of the lottery. In the shooting one person was killed and two were injured. Arrow in some hours militiamen detained, when it found the gun that allegedly was fired. For what he did to it threatens till 15 years of imprisonment. 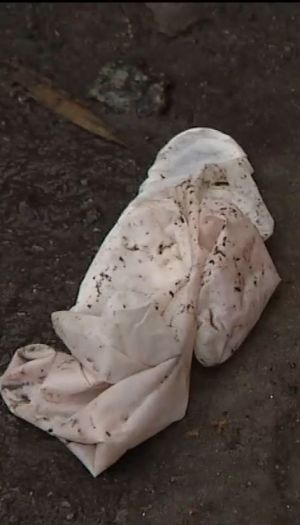