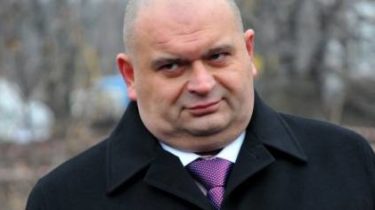 The national anti-corruption Bureau of Ukraine is investigating another case against possible abuses in the Ministry when it was headed by ally of ex-President Viktor Yanukovych Mykola Zlochevsky.

“Now the detectives NAB to investigate cases of abuse, which, according to investigators, took place at the time of purchase of the Ministry of environment in 2011 for means of the state budget of remote sensing of the earth”, – noted in the NEB at the request of the program “Schemes”, joint project of “Radio Liberty” and “UA:First.”

On suspicion in this case nobody has been reported.

NABU said that the case they gave the Prosecutor General’s office in late 2015. Then in office has referred criminal proceedings opened by the investigators of the GPU, on the facts of possible abuse in the issuance in 2010-2012 special permits for subsoil use to business entities. It the production was closed in August 2017 by the decision of the Specialized anti-corruption Prosecutor’s office.

“It was not mined on the investigation of sufficient data for the announced suspicion, and for the end of production. Proven facts of the crime,” – said the head of SAP Nazar Golodnitsky.

Criminal proceedings which was closed SAP, dealt with illegal issuing officials of the Ministry of ecology and natural resources permits in 2010-2012 for subsoil use companies associated with the former Minister of ecology Nikolay Zlochevsky.

Yesterday, 1 February, the media referring to own sources reported that Zlochevsky allegedly returned to Ukraine.

We will remind, in the beginning of 2017 Burisma Group announced the closure in Ukraine, all procedural actions and court proceedings against the President of group Nikolay Zlochevsky and operating companies. The report said that this decision is the result of “many months of mutual work between the two teams – the General Prosecutor’s office and Burisma Group”. The GPU said that the case of illicit enrichment and laundering of funds closed November 1, 2016 due to the lack of evidence of a crime.

At the same time, experts of Transparency International and the “Center of counteraction of corruption” which followed the investigation, I believe that the General Prosecutor’s office deliberately closed the criminal case against Zlochevsky and his company as a result of political agreements.