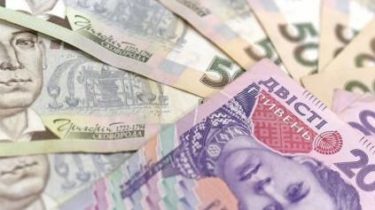 A foreign company has acquired a significant participation in one of the Ukrainian banks’ without the consent of the national Bank. Because of this, the regulator imposed a fine on the 730 thousand UAH.

“When determining the amount of the fine, the NBU took into account the fact that there are no changes in the composition of ultimate owners of significant interest in the Bank and the amount of participation, and an independent message to the Bank about changes in its structure”, – stated in the message of the national Bank.

Note that domestic legislation requires potential new owners to agree with the NBU the acquisition of a significant participation in the Bank.

The national Bank has updated its economic forecasts: inflation will be high again, GDP will grow slower

“The agreement is subject to both direct and indirect acquisition or increase of substantial participation more than the maximum thresholds of 10, 25, 50 and 75 percent. Is no exception and the cases where no change of beneficial owner significant part of the new gain controlled by the owner of the company. In the case of acquisition or increase of substantial participation in a Bank without the consent of the NBU has the right to apply sanctions: to impose a penalty of up to 10% of the nominal value of acquired shares of the Bank and/or temporarily prohibit the right to vote,” – noted in the NBU.

For such violations, with 2015 five times fined violators in the amount of almost UAH 273 thousand to 3.3 million. Also since 2011 the national Bank has applied a temporary ban voting rights in respect of 13 people.