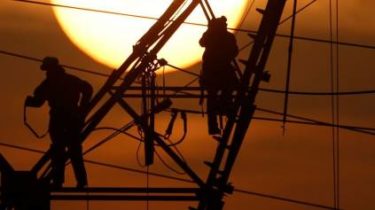 “And in recent years, the flow of Ukrainian migrants to Poland has increased significantly (compared to the growth of the Polish economy, simplification of the rules of employment provide a number of advantages and opportunities for the Ukrainians, who had the card of a pole, in the end, the simplification of border crossing due to the introduction of a visa-free regime with EU countries). But migration to Russia has declined, including because of the complex interstate relations”, – noted in the national Bank of Ukraine.

The Czech Republic has doubled the quota for Ukrainian workers

In particular, according to Eurostat data, 87% of residence permits, which the Ukrainians were in the EU in 2016, they have provided Poland. And according to the Ministry of family, labour and social policy of Poland, 95% of all employment permits issued by Poland in the first half of 2017, received the Ukrainians.

The regulator predicts that “migration processes are likely to worsen in the coming years, particularly in Poland. The additional risk of an increase in labor migration from Ukraine is to increase the number of students who get education abroad.”

The NBU States that in recent years Ukraine has intensified both internal and external labor migration, among other factors, was due to military aggression, macroeconomic crisis and the deterioration of welfare, high levels of youth unemployment.