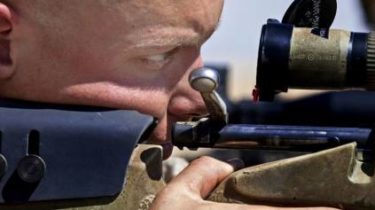 The double champion of Russia on duele rifle Alexander Silichev may be involved in terrorist activities in the occupied Donbas and in 2014 could work as a sniper for a Private military company “Wagner” writes “Interfax-Ukraine” with reference to the head of the head of the SBU Igor Guskov.

“From the analysis of open sources we have information that he was two-time national champion, and, I emphasize, a member of the national team of Russia on tactical shooting, at least for 2014 – 2016 years” – said Andrei.

According to him, the SBU has prepared a letter to the Minister of youth and sports of Ukraine Igor Zhdanov with the request to bring relevant information to the knowledge of the sports federations of the countries-partners.

Recall that PMC “Wagner”, which mainly consists of Russian mercenaries participated on the side of Russia in operations against APU in the Donbass, and also in Syria. SBU was able to identify 150 of its militants who are now fighting in Eastern Ukraine on the side of Russia. Information about them has already been transferred to the European structures.