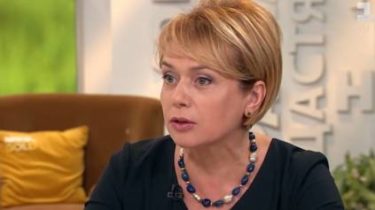 Ukrainian teachers in January of 2018 will have higher salaries. They will be mostly 6-8 thousand UAH.

This broadcast of “Radio Liberty” said the Minister of education and science, Liliya Hrynevych and noted that teachers are the least paid category of state employees.

“Teachers in 2017 extremely pleased. It is the teachers from January 1 2017 the salary was increased by 50%. In a single tariff we moved them into two tariff category up. Now the salary from six to eight thousand hryvnia. If you go premium, as in Kiev, even for leaders, can be 10 thousand hryvnia,” – said the Minister.

Grinevich noted that this increase is not enough. 2018 is also the planned increase of salaries of teachers of kindergartens.

“Teachers (kindergartens) has increased from 1 September 2017. 1 January increase again teachers roughly 25% of all state employees, including teachers and others will receive an increase of 10%. And from 1 September 2018 will offer to local budgets did increase, which we are doing at the expense of Central government subventions for teachers and other educational workers,” – said Grinevich.

Earlier in the State employment service announced that by the end of 2017 the lowest salaries in Ukraine are nurses, doctors, teachers and educators.