There was more patriotism: soldiers on the front line compared the war in 2014, with the current 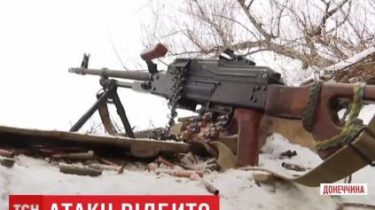 During the Christmas cease-fire in sea of Azov the militants have constructed new fortified from which firing on the Ukrainian military. APU fighters opened fire in response, because the enemy does attacks that threaten the life of the army, said in the story TSN.19:30.

The positions of advocates of Ukraine carefully look at their feet, because after the rotation has not yet settled with the terrain, and the snow can conceal many unpleasant surprises. “There are a lot of unbroken lies under the snow. Now they are not visible, you can attack and injured. The gray area is fraught with many troubles”, – says the fighter with the Callsign “Batya”. He’s 47 years old, at the front, he in the first year of the war and acknowledges that during this time much has changed. According to him, four years ago, it was more patriotism, and opportunities to beat the enemy of all calibers. But now to go to the rear of no plans – says, though I lost count, what is his position and rotation, will fight to the bitter end. “I’m under fifty dollars. And as Vysotsky said, we book the children. So I have the right to read books if I’m here,” he says. He adds that the danger is not paying attention. “Better not in bed and not the vodka or colds. Better than the mother protect,” – said “father”.

Video surveillance front, the rebels during the truce have built a new fortified shell military

Gunmen firing in the direction of the Ukrainian military, despite the fact that located near the observation post of the OSCE. APU fighters opened fire in retaliation, forcing the invaders to retreat a little from the Ukrainian land. 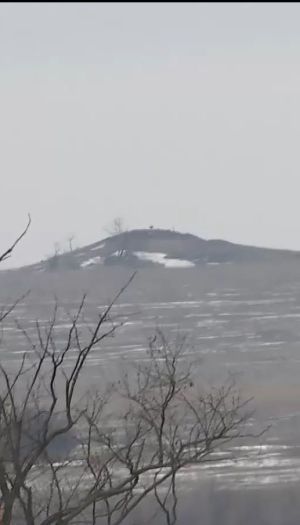 Last year on this sector of the front the enemy has lost no time and competently erected-building engineering – tunnels, the whole underground storehouses and dozens of tons of poured concrete gun emplacements. “They have strong points dug according to the standards, standards that can’t do normal miners and people who are not versed in military tactics, namely people who know how to fight,” said the fighter nicknamed “vuyko”. The military said that the specialists from Russia who taught the militants right to build fortifications, now bring artillery to the Ukrainian village and the position of the soldiers. “The only thing they can show is their only and last line. If we turn this crack, the further behind they got nothing. No future, no happiness,” said the fighter nicknamed the “Gray.”

Ukrainian soldiers and sergeants do not deny that during the war, had been a battalion commander and brigade, but the backbone of the warriors who serve on the front lines and really fight, remained unchanged. People who have gone through war and know how to do it, still at the forefront. And they realize their mission. “And who, except us,” – smiling soldiers.