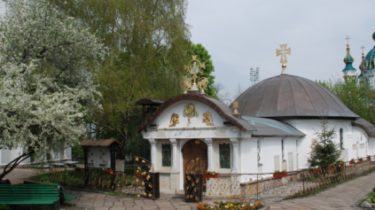 The Prosecutor’s office will require the mitigation measure to Alexander Gorban and Alexei Semotiuk who tried to set fire to the chapel of the UOC-MP near the National Museum the history of Ukraine in Kiev.

“Kyiv Prosecutor’s office will appeal to defend a consistent position, and will ask for mitigation measure two Kyivites, suspected of arson of illegally constructed buildings of the tithe monastery of the UOC-MP”, – she wrote.

KCSA will be removed from the territory of the tithe Church all illegal structures, except the chapel of the Moscow Patriarchate

Sargan noted that the Prosecutor General Yuri Lutsenko had a meeting with the deputies, who are ready to bail suspects.

We will remind, Alexander Gorban and Oleksii House, tried to set fire to the chapel on the night of 25 January. They were detained by militiamen. The men were arrested for 2 months with the right of Deposit of 2,2 million hryvnias.