USA and Ukraine have launched consultations on defense issues 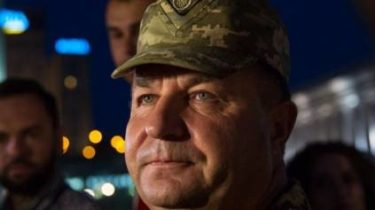 The defense Department of the United States and Ukraine started bilateral consultations on defence issues at the strategic level.

This was stated on Friday by results of a meeting with the head of the Pentagon the Minister of defence of Ukraine Stepan Poltorak.

“We have opened consultations on defence issues at the strategic level”, – said the head of the Ukrainian military.

He noted that while this process was formally.

“Today, these consultations were intended to on the basis of threats, based on the actual status of those calls which face Ukraine, we have thought, planned and prepared a number of serious measures to improve our relations,” – said the Minister of defence of Ukraine.

He also said that on Saturday he intends to get acquainted with the results of the meeting of the Commission. In the future, according to him, “we will plan our joint work”.

We will remind, earlier Poltorak told the details of the transfer of American lethal weapons to Ukraine.