Astrologers warned Ukrainians about the dangers of “corridor of eclipses” 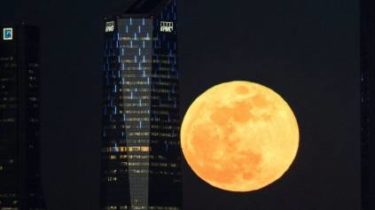 Astrologers call for balance in the next two weeks. From 1 to 15 February, the Earth will be “the corridor of eclipses” when jumping to conclusions and nervous movements are especially harmful.

Last Wednesday you could see superlow combined with a full lunar Eclipse and “blue moon.” 15 February we are waiting for the Eclipse of the Sun. The last time these three factors, as experts say, coincide as much as 152 years ago. Astrologers say that in this time interval or “channel” you can change even your destiny, if you do right and well-weighed steps.

Scientists-astronomers and physicians are convinced on the contrary: these cosmic phenomena do not carry anything special, but from the information boom, people are suffering. Meanwhile, the broadcast of the lunar Eclipse on the NASA website looked three billion people, says TSN.Week.

Mystery enveloped the month along with the origin of mankind. Changes around this heavenly body people at different times have explained wars, epidemics and natural disasters. His influence certainly exists, but the value of it eclipses the scientists are not exaggerating.

“Actually, astronomers calmly refer to such events. They know that eclipses happen every year and not just once, but somewhere about four times, at least two solar and two lunar eclipses, but this year there will be five eclipses: two lunar and three solar”, – said Irina Orluk.

This time the lunar Eclipse live could be seen in the Far East, Asia, Australia and North America. However, wishing there was much more: interested in almost everyone who has the Internet. Really beautiful sight was intensified by the supermoon phenomenon. She approached the Earth at the shortest distance and therefore seemed a little more and one-third brighter than usual. In contrast to fundamental scientists, astrologers give the moon at this time of particular importance for people. However, in our case, more significant is the impact of the beginning corridor eclipses that brings the Earth to an Eclipse of the Sun – source of energy and life.

Videoproduction astrologers and doctors ‘ advice: what to expect from entering the Land in the “corridor of eclipses”

Last Wednesday you could see the Supermoon combined with a full lunar Eclipse and the so-called “blue Moon.” And on 15 February can be expected even and the Eclipse of the Sun. The last time these three factors coincided 152 years ago. And while the astrologers tell us how these days to change their fate, the physicians are advised to beware of informational hype. 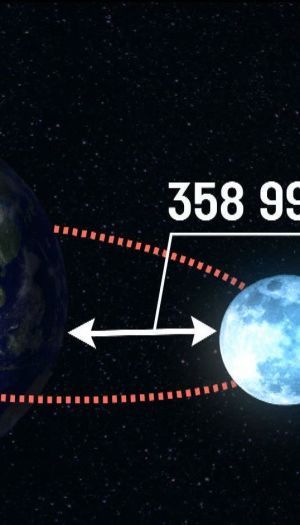 In its relation to nebesnykh eclipses people are divided into those who feel their influence, those who feel and those who think that feeling. That is, if I hadn’t heard somewhere about the Eclipse, I wouldn’t have thought. Doctors who admit patients are skeptical about the power of lunar and solar phases. Medical practice shows that much more health complaints cause changes in space and in the atmosphere, i.e., weather instability.

Common sense tells us that to be quite calm in himself, should consult with their own doctor. Perhaps it will prompt some additional drugs, or change the dose already assigned, or otherwise help to insure the health, especially if you are being treated.

In this Council, the doctors combines with astrologers. The latter also insist on healthy, not a neurotic way of life, though, and predict large changes in the country during the year. Bind them into a corridor of eclipses, however, are the changes kept secret.

Supermoon Eclipse: astronomers, esoterics and the doctors told whether the cosmic processes on the Ukrainians

Positive attitude help to keep and masters of the telescopes – astronomers. They also predict change, but man-made. The study of gravity, celestial bodies and black holes will help to solve earthly problems, sometimes in unexpected ways.

All our interlocutors were advised to stay away from the crooks and charlatans in medicine and in astrology. These, too, aktiviziruyutsya during periods of lunar and solar eclipses, zabrauti the heads of simpletons. Pragmatic common sense, in any case, we will not fail. Even lovers of mysteries who dreamily looked at the sky.