A global collapse on exchanges: what’s next? 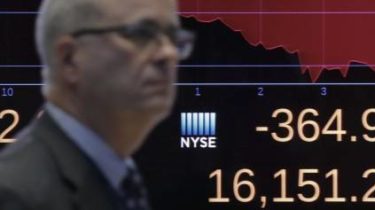 Stock indexes fall in the markets worldwide as investors frantically watching the stock for the past two days. The loss of the 500 richest people in the world reach 114 billion USD. Most of the lost head of investment company Berkshire Hathaway Warren Buffett – 5.1 billion dollars. Founder and owner of the social network Facebook mark Zuckerberg has lost $ 3.6 billion. Founder of Amazon Jeff Bezos – minus 3.3 billion dollars.

Video settings in the U.S. has dipped one of the most important indicators for the economy

The Dow Jones slipped by fifteen hundred points. This is one of the most important indicators for the US economy. Such for all history of existence of stock exchanges do not remember. Will they stop at this market fever, which began last Friday – will be known in the coming hours, when the exchanges will begin a new auction. 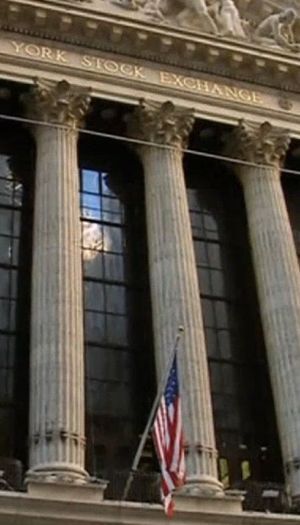 After the American exchanges have started a collapse on the stock exchanges of Asia and Europe. The Japanese Nikkei fell to 4.7%, the shares of Hong Kong – by 5%, and the FTSE 100 in London by 3%, Chinese Hang Seng by 5%, the stock index of the Shanghai stock exchange Shanghai Composite fell 2.2%.

Investors are massively getting rid of stock in anticipation of rising interest rates.

Why is this happening?

While no one specific cause can be found. Experts are several options, however, believe that the situation with the fall in the markets will not last long and is a normal correction after almost two years of constant growth.

So, an analyst at investment firm Evercore ISI’s Dennis Deboucher believes that the current situation in the stock markets reminiscent of the collapse on the stock exchanges in may 2010. Then it was due to an error of the electronic algorithms for trading – the abrupt closing of positions.

In particular, there is another version of the fall of the indices on the stock exchanges. The cause of the collapse, analysts say the fast growth of profitability of us government bonds and related concerns about inflation and rising interest rates the Federal reserve system (private banking system that performs the role of the Central Bank of the United States). However, on Monday, February 5, the yield on 10-year securities in the United States fell. After all, when interest rates rose sharply, the securities plummeted in value.

Several experts talked about the possible correction of the stock price in 2018. So, Bernhard Hodler in an interview with CNBC stated that the correction in the stock markets during the year will be in the range of 5-15%.

In recent months, analysts have also repeatedly warned that rising too sharply and equity markets, and bonds. Some of them believe that the current loss can show even a positive reaction on the stock markets in the future. “This correction is a healthy development for markets in the long term,” said researcher Scott Minerd, chief investment officer of Guggenheim Partners company.

But there are less optimistic forecasts. In an interview with Bloomberg, the former head of U.S. Federal reserve Chairman Alan Greenspan recently reminded of the “bubble” in the stock market and bonds”.

Why the situation in the USA affects the world’s stock exchanges?

USA is a country of prosperous economy and the largest financial market on the planet. The dollar is a major currency of all investors in the world.

What happened on wall Street without question affected in a global sense on all financial markets. Markets in other global financial centres such as London and Tokyo, are especially sensitive to this.

But more closed systems like China are often less dependence. For example, shares in Shanghai fell 2.2% on Thursday, compared with 8% in Tokyo.

Do I need to worry?

Assuming that the current stock market decline is a short-term decline, not a symptom of deeper problems, financial experts advise not to panic.

“It’s undesirable news, but it is, in fact, unexpected reaction to the euphoria when the market is growing rapidly”
Rebecca O KPE, head of investment at Interactive Investor.

Jane Sydenham, investment Director at Rathbones for a stock broker, said that the recent steps were “correction” and not a collapse. “What we need to remember that stock markets had a very smooth journey up, and we did not suffer a drop of more than 3% over 15 months. There was a real marriage of vibrations, which is very unusual.”

Even if stocks continue to decline over the next several days, the adjustment in the market is normal, said Greg McBride, chief financial analyst Bankrate.com, according to CNN.

The US economy and other global economies are now gradually have a healthy position.

“We believe that this correction in the stock markets is a healthy phenomenon, but it is likely to be short-lived, as 10-year bonds of the US are not yet at risk”
head of strategy shares in Saxo Bank’s Peter Garne.

“I have warned investors that they were really patient, you should look for opportunities, not to panic,” said Ross Gerber, CEO of Gerber Kawasaki.

The expert noted that it is not yet time to talk about a bear market (downward trend of prices over a long period of time), because I am sure that investors will buy stocks after the correction.

What to do with this tramp?

Really unstable the stock market is a nightmare for Donald trump. The White house said that trump was focused on “our long-term economic principles, which remain exceptionally strong.” The statement focused on strengthening economic growth, low unemployment and increasing wages to employees.

For a long time Donald trump boasted of the success in the stock market, its continuous growth.

“The stock market creates tremendous benefits to our country, not only from the point of view of the record growth of stock prices, but also creating new jobs. Work. Work. Work. Seven trillion dollars of value has been created since then, as we have won our great victory in the elections!”- trump wrote in his Twitter.

The US stock market experienced a record in a century collapse

Experts remind that the effects from the constant stimulation of economic growth may be different.

Morgan Stanley warned in the autumn that the overheating of the economy can have an unpleasant effect “boom”. Current stressful situation in the stock market confirms this. The collapse of the stock markets, despite the calm reaction of a number of experts and analysts, worried by the White house. “We are always concerned if we see a drop in market capitalization, but we are confident in the fundamentals of the economy”, – said the representative of the White house in an interview with CNBS.

Andoni Zurcher, BBC correspondent in Washington, said that the constant praise of the stock market for Donald trump may not be a very good decision. The correspondent said about the contrast of talk about the success on the background of falling market, when U.S. TV channels interrupted a live interview with trump in order to report large-scale collapse on the stock exchange and a record drop in the stock index. This could not remain unnoticed by the citizens of the country, said Anthony Zurcher.

This is one of the most important indicators for the US economy. Such for all history of existence of stock exchanges do not remember. Will they stop at this market fever, which began last Friday – will be known in the coming hours, when the exchanges will begin a new auction.

We will remind that yesterday Dow Jones one of the most important indicators for the US economy – in a few hours slipped by fifteen hundred points, a shares of major companies fell by 10%, the loss of 500 richest people is estimated at 114 billion dollars.