Gastronomic tourism in Kiev: Europeans eat soup in the form of ice cream liquid and Olivier from the tubes 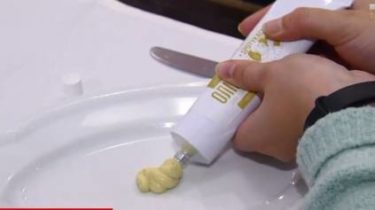 In the capital there were guides that tell visitors where to eat out, because foreigners are interested in exotic and inexpensive food that can offer the Ukrainians. Molecular, vegan, Ayurvedic cuisine in Kiev are much cheaper than abroad, and the demand for progressive cooking is so great that she even began to teach students, says the story TSN.19:30.

Students of the Metropolitan Department of Ayurvedic products to move from borscht and cutlets Indian food made new culinary fashion for all overseas and unusual. In graduate study in molecular technology, for example, learn to cook pasta, orange juice, and caviar of tomato with purchased in the pharmacy tools. “This is deceptive. The combination incongruous” – they explain.

Videoprogressevent cooking: in Ukraine, is gaining popularity of restaurants with original kitchen

In the capital there were guides that tell visitors where to eat, because a lot of foreigners and exotic restaurants – more. Molecular cuisine, vegan, Ayurvedic – all this in Ukraine is much cheaper than abroad. The demand for progressive cooking is so great that it even began to teach students. 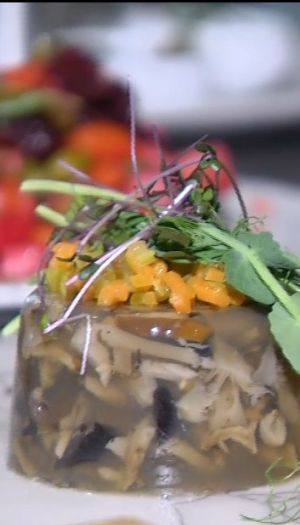 The demand for such chefs in the capital. The days when every restaurant you could get pizza, pasta and sushi, are fading. Now every institution is trying to stand out exotic menu. Gastrokid Sofia explains what drives tourists on the capital’s restaurants – and the lack of work is not complaining. “It’s very cheap for foreigners, so they are willing to spend the money and eat from the belly – and returned to Kiev in order to eat,” she says.

Briton Adam relishes ice cream with the taste of borscht and sour cream, and Olivier in the form of a mousse squirts out of a tube directly into the mouth. The alien does not hide the fact that Kiev has changed a lot since I first visited here in 2010. “Long rows of vodka and sausage is what I saw in the supermarket. We even joked with the fact. But since then, everything changed,” he admits.