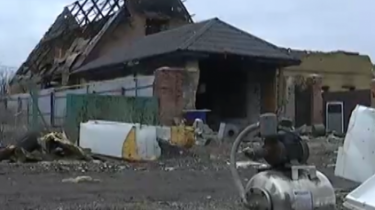 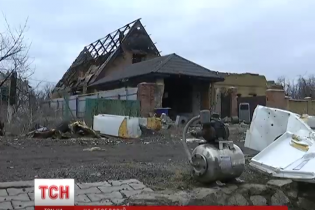 The people of Shirokino and Sand are unable to confirmation of destruction of their homes because their villages are closed to public. But without proper papers they can’t count on success in the struggle for their rights, though, and left without a roof on your head, says the story TSN.19:30.

To help people decided military journalists, who gathered the addresses of houses and went to take photos that could be used as evidence for the internally displaced. In his house the family of Smaleh was not from the beginning of the war – all that remains of the house Natalia and grandson Elijah had only seen pictures of. “This is the house that gates built personally by the husband,” says the immigrant from the Sand.

Which year the people live who have friends who takes all the money of the apartment without any understanding of how to live. The two cities where we are currently fighting is Shirokino and sand, they are closed to public. So, even confirm the destruction of their homes, the owners can not. 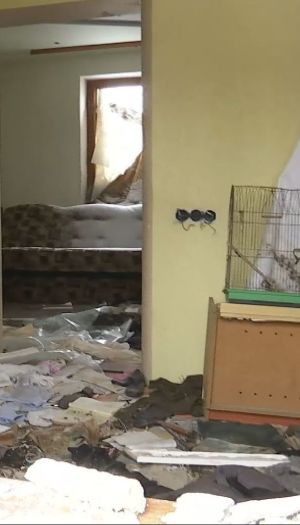 For the fourth year family Prokopenko huddled in a small apartment in Zaporozhye, in the native village they have a house and a car. At first, people were hoping for a quick end to the war, then the state will take care of them, as a result, many of the Sand people stopped waiting for help and started to use the courts to recognize the victims of armed conflict. “When the state of the us will start to worry – is unknown. And life is, health too,” they explain.

Lawsuits served on Russia as the aggressor, and Ukraine, which are unable to protect the home and property of its citizens. For the third year, residents of Sand trying to meet with the head of the region, to ask him how and where they live, but the meeting never took place. Therefore, the military-civil administration Sand asked journalists to gather information about the destruction of property and formally arrange it, because to obtain the status of the victims, people need a certificate of inspection from the SSES.

Help was not easy: to the ruins we had to sneak up to the sounds of gunfire, and the area around could contain explosives. Managed to photograph a few of the objects, the rest are in a gray area – to reach them is impossible. “There are snipers. If a person appears – immediately open fire”, – explained the military. What about people whose houses remained there, an open question. And even if they get all the documents with the new law on reintegration of Donbass, the responsibility for the destruction imposed on Russia. And the fact that Russia quickly pleads guilty and agrees to compensate the caused losses, nobody believes.