In the Donbas were two Ukrainian servicemen are wounded. Chronicle of the ATO 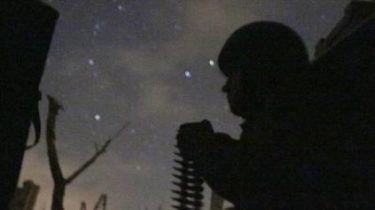 “In the area of combat actions of the Russian occupation forces continued to fire towards the Ukrainian defenders using, in most cases, the weapons, which long ago must be removed from the line of contact,” – says Ukrainian military.

On the Lugansk direction militants used mortars of calibres of 120 mm and 82 mm near Novozvanovka. From 120-mm mortars, anti-aircraft guns and heavy machine guns, the militants fired at the defenders of the Trinity, and the positions near Novoaleksandrovka – fired from heavy machine guns.

On the Donetsk direction the militants were active in the sea of Azov. They were released 15 min 120mm on the Ukrainian defensive fortifications in the area of Shirokino. In addition, nearby Water fired at Ukrainian soldiers with small arms.

Remind, OSCE recorded on the front of the tank “LC”, which could shoot at the occupied territories.