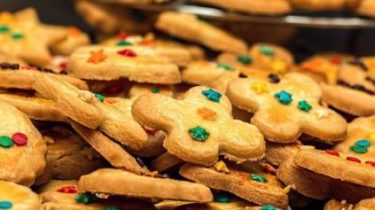 She was selling cookies near six hours, I bought 300 packs, reports KTLA.

In particular, in the United States begins the traditional sale of Girl Scout Cookies. Girl scouts peddling the usual pastry to save money on trips and public projects. However, this is allowed only in the presence of adults.

Hemp world: which countries prefer to use marijuana. Infographics

In honor of the tradition named one of the varieties of marijuana – Girl Scout Cookies.

“I think that our customers liked it. They left the store and bought cookies, ” – says the representative of the Urbn Leaf.

Store employees took a picture of the girl at the entrance and posted a picture in Instagram. In the comments, they were reminded that the scouts spoke out against the legalization of marijuana.

Get some Girl Scout Cookies with your GSC today until 4pm! Have a friend that wants to #tagalong? Bring them with – shopping is more fun with friends anyway.

We will remind, since January 1 in California in USA officially allowed to legally use marijuana with recreactional purpose (i.e. just for the sake of rest). Since then, in licensed shops selling cannabis in the state lined up a long queue.