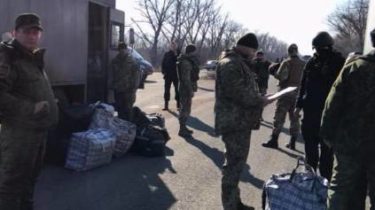 Parliament Commissioner for human rights Valeria Lutkovska took out of prison another 20 prisoners who were there before the outbreak of hostilities in the Donbass.

This was announced on his page in Facebook the head of the Secretariat of the Ombudsman Bogdan Kriklivenko.

“Today, February 7, 2018 at 12 o’clock, the Commissioner of the Verkhovna Rada of Ukraine on human rights Valeria lutkovskaya took another 20 persons in places of detention even before the conflict,” he wrote.

According to Krikliviy, currently the occupied territories of Donetsk region managed to take 186 prisoners.

“Yet more than five hundred cases of relatives with requests to move their loved ones remain unfulfilled, unfortunately, from Lugansk in General, contact is unclear”, he added.

Good news! Today, February 7, 2018 at 12 o’clock, the Commissioner of the Verkhovna Rada of Ukraine on human rights Valeria Lutkovska …

Remind, On 27 December in the Donbass held a first exchange of hostages. Then, from the occupied territory returned 73 Ukrainian. Now, according to the SBU, the militants are 108 more of our citizens.

Following the exchange of prisoners to be held until the beginning of March, said the representative of Ukraine in the tripartite contact group on peaceful settlement of the situation in Eastern Ukraine Leonid Kuchma.